Lisa Marie Presley looked so happy and full of life at the 2023 Golden Globe Awards on January 10. Two days later, she died after suffering a cardiac arrest, In Touch confirmed.

“It is with a heavy heart that I must share the devastating news that my beautiful daughter Lisa Marie has left us,” her mother Priscilla Presley said in a statement on January 12. “She was the most passionate, strong and loving woman I have ever known.”

Lisa sat with her mom at the table for Baz Luhrmann’s 2022 film Elvis, a biopic about her late father. When Austin Butler, who plaeed the iconic rock and roll pioneer, won the award for Best Actor in a Motion Picture: Drama, he praised Lisa and her mom in his acceptance speech.

“Thank you for opening your hearts, your memories, your home to me,” Austin gushed, adding, “Lisa Marie, Priscilla, I love you forever.”

Lisa was so impressed by Austin’s portrayal of her late father. She told Extra in a Golden Globes red carpet interview that when she first saw him in the role, “I was mind-blown, truly. I actually had to take five days to process it because it was so spot-on and authentic.”

The “Lights Out” singer said that Austin nailed Elvis’ “characteristics, mannerisms, the singing, the talking without doing it in a caricature way like it’s been done in the past. Austin actually got it and did it perfectly without making it sort of comical. He didn’t over do it.”

Lisa looked beautiful in a black one-shouldered gown with a gold neckpiece. She even playfully crashed Austin’s interview with Entertainment Tonight where she called the actor’s performance “so authentic,” adding, “I can’t even describe what it meant.”

Elvis’ only child was rushed to the hospital from her Calabasas, California, home after reportedly suffering a cardiac arrest. Priscilla later told fans via an Instagram post, “My beloved daughter Lisa Marie was rushed to the hospital. She is now receiving the best care. Please keep her and our family in your prayers. We feel the prayers from around the world, and ask for privacy during this time.” Sadly, less than three hours later, Priscilla announced her daughter’s death.

Lisa Marie was only nine years old when her father died on August 16, 1977, after suffering a heart attack at Graceland, his beloved Memphis, Tennessee, home. She and Priscilla had been strong supporters of Luhrmann’s biopic about the icon, doing everything they could to help promote it. 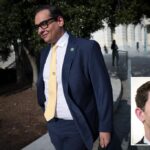 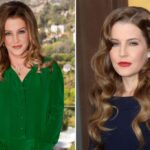