“Today, Senator Graham appeared before the  Fulton County Special Grand Jury for just over two hours and answered all questions,” a statement from Graham’s office read.

“The Senator feels he was treated with respect, professionalism, and courtesy. Out of respect for the grand jury process he will not comment on the substance of the questions,” the unsigned statement added.

Prosecutors in Fulton County, led by District Attorney Fani Willis, are investigating the actions of Trump and his cohorts after Joe Biden won the Peach State by more than 11,000 votes.

Graham made a number of phone calls to Georgia Secretary of State Brad Raffensperger in the weeks after Trump’s loss that have drawn the interest of investigators.

The senator has argued that his calls to Raffensperger were “legislative fact-finding” as part of his due diligence before the Jan. 6, 2021 vote to certify the election results — and claimed that being compelled to testify about the calls would violate his rights under the Constitution’s Speech or Debate Clause, which protects lawmakers from legal liability for actions while conducting official business.

For months, Graham fought to quash his subpoena. He petitioned the Supreme Court in October to block him from having to testify in the investigation, but the high court ultimately declined to intervene.

Raffensperger has said that he was under the impression that Graham was suggesting during the phone call that he should discard some ballots.

“It was just an implication of, ‘Look hard and see how many ballots you could throw out,’” Raffensperger told CNN in November of 2020.

Graham has denied that he suggested Raffensperger throw out ballots.

Raffensperger, who was re-elected as Georgia’s secretary of state on Nov. 8,  has also given testimony before the Fulton County grand jury. 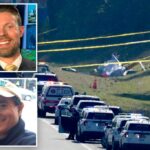 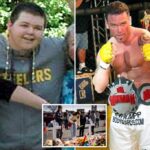