Sen. Lindsey Graham (R-SC) petitioned the Supreme Court on Friday to block a subpoena issued by Georgia prosecutors investigating efforts to overturn the results of the 2020 presidential election in the state.

Graham filed the emergency request after a three-judge panel on the Atlanta-based 11th Circuit Court of Appeals unanimously rejected his motion on Thursday to toss a subpoena compelling his testimony in front of a grand jury.

“Without a stay, Senator Lindsey Graham will soon be questioned by a local
Georgia prosecutor and her ad hoc investigative body about his protected ‘Speech or
Debate’ related to the 2020 election,” Graham’s petition to the court reads. “This will occur despite the Constitution’s command that Senators ‘shall not be questioned’ about ‘any Speech or Debate.’”

The emergency request was filed with Justice Clarence Thomas, who is assigned by Chief Justice John Roberts to oversee cases originating from the 11th Circuit. Thomas can rule on his own or, as is more likely, refer the matter to the full court.

Fulton County prosecutors are seeking Graham’s testimony related to phone calls he had with Georgia Secretary of State Brad Raffensperger in the weeks after Donald Trump’s 2020 defeat in the Peach State.

Graham has argued that the subpoena violates the Speech or Debate clause of the Constitution, which shields congressional lawmakers from legal risk related to comments made during the legislative business.

The senator maintains that the calls with Raffensperger were part of a “legislative fact-finding” mission.

“This Court’s action is necessary to allow this appeal to be heard before it becomes moot — before, that is, Senator Graham suffers the constitutional injury this appeal is meant to avoid,” Friday’s filing contends.

The 11th circuit was not swayed by Graham’s arguments on Thursday.

“Graham has failed to demonstrate that this approach will violate his rights under the Speech and Debate Clause,” the three-judge panel said.

“As the court determined, there is a significant dispute about whether his phone calls with Georgia election officials were legislative investigations at all.” 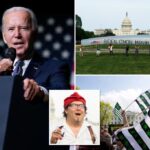 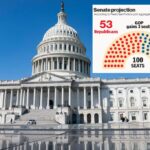