Beloved comedy great Leslie Jordan was on his way to film “Call Me Kat” when he died behind the wheel earlier this week, a report said Tuesday.

Sources close to the late actor told TMZ that crew members on the Fox comedy raised concerns about the diminutive 67-year-old actor when he was at least an hour late arriving for his call time.

There was a “scramble” to find Leslie before the cast and crew discovered his BMW had crashed into the side of a building in Los Angeles, the sources said.

It’s believed Jordan suffered a medical emergency while behind the wheel. Investigators believe he likely suffered a heart attack while driving, TMZ said.

The actor had been complaining of shortness of breath the last 3 weeks — and was set to see a cardiologist this week, sources previously told the outlet.

After his death, Fox suspended production of “Call Me Kat,” in which Jordan played the character of Phil, a single gay man and baker who works at the cafe owned by Mayim Bialik’s character, Kat.

“Leslie carried an infectious exuberance, indelible sense of humor, and gifted us with countless memories that will last forever,” tweeted Fox, which said it was “shocked and devastated” by his death.

“There aren’t words to convey the loss we are experiencing as a cast and a ‘Call Me Kat’ family. Leslie Jordan was larger than life,” the “Big Bang Theory” star wrote.

“He was a Southern gentleman; tender, wise, naughty and hilarious.” 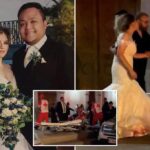 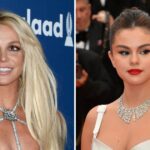