The mother of slain Georgia toddler Quinton Simon was indicted on murder charges along with a slew of other criminal counts, the local district attorney’s office announced Wednesday.

Leilani Simon is facing a 19-count indictment in the tragic death of her 2-year-old son, Chatham County District Attorney Shalena Cook-Jones said. The charges include one count of malice murder, two counts of felony murder and one count of concealment of the death of another.

Other charges stem from alleged false statements Leilani Simon, 22, made to authorities.

“As your district attorney I realize that this matter is really important to our community and also to the inquiring minds both here and beyond our community that want to know what happened to baby Quinton and how it happened,” she said during a press conference.

“That curiosity is not lost on me, however, there’s more evidence that may be revealed during the course of this investigation and I say that to remind you all that this is an ongoing criminal investigation.”

The slain toddler’s mother was arrested last month and charged by police after the boy’s remains were found in an area landfill. She was previously suspected by authorities as the person responsible for Simon’s disappearance before his body was found.

Quinton Simon was reported missing by his mother on Oct. 5. He was reportedly last seen at the Savannah home where Leilani Simon, her boyfriend, her 3-year-old son and her mother — who had legal custody of both children — all lived.

Quinton Simon’s grandmother, Billie Jo Howell, was arrested this week on a charge of contempt of court that appeared to be separate from the tot’s death. Records from the Chatham County Sheriff’s Office show she was booked into county jail Monday.

Police previously said they did not expect to arrest anyone else in connection to the murder case.

Jones vowed her office would devote every resource to ensure the case is “properly handled from beginning to end.”

“We all know that justice takes time but it should be swift and sure and fair,” Jones said.

Leilani Simon had previously denied involvement in her child’s disappearance and said in a television interview in late October she wanted baby Quinton to be found “happy and alive.” 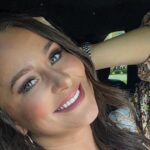 Why Was Leah Messer Missing? 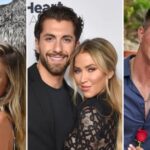