The Army veteran charged with attacking gubernatorial candidate Rep. Lee Zeldin at a campaign event in Rochester is set to be released from jail and into a treatment program next week.

US Magistrate Judge Marian Payson concluded that David Jakubonis was not a threat to the public and ruled that he could be sprung — under strict monitoring — pending trial.

Jakubonis — who faces federal charges of assaulting a sitting congressman over the July incident — will go directly from the Monroe County Jail to the VA Medical Center-Bath in Rochester, his defense attorney John DeMarco said.

He will be required to live at the facility and complete a 28-day alcohol treatment and PTSD program with the Veterans Administration, according to RochesterFirst.com, which first reported his release.

Jakubonis, a Bronze star recipient for his service in Iraq, will also to wear a GPS monitor and a monitor to measure alcohol intake, the judge ruled.

“We’re pleased with the Magistrate’s Payson’s decision and given the criteria the Magistrate was required to review — it’s the right determination,” DeMarco told The Post.

“Mr. Jakubonis is not a flight risk and given the resources available through the Bath VA and the Monroe County Veterans Treatment Court, the risk of danger to the community is very low and manageable given the accountability and safe guards embedded in their respective programs,” he added. “We now look forward to his recovery and an opportunity to defend the merits of this matter.”

Jakubonis’ case initially re-ignited the debate over New York’s controversial cashless bail law after the Monroe County DA’s office charged him with a minor assault and released him.

But federal prosecutors swooped in and charged him with the federal felony crime, and he was then detained.

He still faces the state charge of attempted assault in the second degree, a Class E felony, over the incident.

Jakubonis allegedly jumped on a stage and lunged at Zeldin with a bizarre pointed weapon — later identified as a keychain fob that looks like a cartoon cat’s head and is marketed for “self-defense.”.

Others swarmed the stage to subdue Jakubonis. Zeldin was not seriously hurt.

It was determined that Jakubonis suffers from post traumatic stress disorder as well as substance abuse issues.

Zeldin, a lieutenant colonel in the Army Reserve who served in Iraq, said Thursday he supported the release of Jakubonis into a treatment facility.

“When our veterans seek treatment, it’s easy to pinpoint their physical wounds, but often times their invisible wounds go unnoticed and untreated. Unfortunately, it’s now clear that Mr. Jakubonis is one of the many veterans battling invisible demons, but, fortunately for Mr. Jakubonis, he is now getting the help he needs,” Zeldin said in a statement.

“I’m thankful for the judge who has wisely recognized this reality, the Monroe County Veterans Services Office, and other individuals who have worked diligently to assist.”

It’s the second crime that crime has personally impacted Zeldin. A shooting occurred just outside his Long Island house on Oct. 9 while his terrified daughters were inside studying just a few feet away inside.

Jakubonis’ was initially charged with the minor rap of attempted assaulted in the second degree, a non-bailable offense and he was sprung. Law enforcement experts said prosecutors should have slapped him with a more serious charge, allowing a judge to require bail or detain him.

Monroe County District Attorney Sandra Doorley is supporting Zeldin for governor, raising questions about whether her office was aiding the Republican candidate, who has made scrapping the cashless bail law a key rallying cry of his campaign, by undercharging Jakubonis. Zeldin denied there was any collusion. 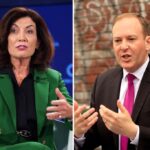 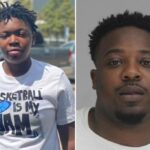