Paul Pelosi, 82, the husband of House Speaker Nancy Pelosi, was assaulted by a crazed man with a hammer who broke into their San Francisco home just before 2:30 a.m. Friday morning.

The alleged attacker, identified by police as 42-year-old David DePape, reportedly yelled “Where is Nancy?” after he entered the home, seeking the House Speaker who was in Washington DC at the time.

As officers arrived at the home, they observed DePape wrestle a hammer from Pelosi’s hands and allegedly hit him with it, police said.

Pelosi and DePape were both taken to Zuckerberg San Francisco General Hospital, where Pelosi underwent surgery for a skull fracture and serious injuries to his right arm, a spokesperson said. He is expected to make a full recovery.

His motive is still being determined.

Zeldin, a sitting US congressman from Long Island, was himself the victim of an attack in July at a campaigning event in upstate New York.

Zeldin was speaking at the Veterans of Foreign Wars post near Rochester when Army veteran David Jakubonis jumped on stage and lunged at the lawmaker with  a pointed keychain. Other attendees quickly swarmed the stage and subdued Jakubonis. Zeldin was not injured.

During his appearance on “The Story with Martha MacCallum,” Zeldin highlighted a proposal to refit some of New York’s recently shut-down corrections facilities to house mentally ill criminals.

“There were six [prisons] that were closed earlier this year. And these are sites that have newer infrastructure. They weren’t closed down because they were falling into disrepair,” he said.

He acknowledged many mental institutions were forced to shut their doors in the 20th century due to horrific living conditions and inmate abuse, but believes properly run facilities could treat emotionally disturbed persons with care.

“I believe that even financially, economically, it’s the best move in the long run. We also have to understand we can’t paint this all with the same broad brush. There are different challenges from one person to the next. But the idea that we’re just going to allow these people to roam free on the streets is just a nonstarter for me.”

“It’s going to require more than just 50 beds. We’re talking about thousands. And we have the place to put it. I mean, if you just look at the six sites that were just closed earlier this year by the state of New York,” Zeldin concluded. 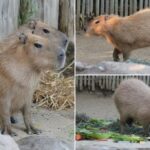 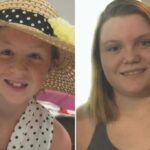