Not adding up. Despite ex-fiancé Jaylan Mobley claiming to have added her name to the deed of their home, Teen Mom star Leah Messer’s house is solely in her ex’s name, In Touch can exclusively confirm.

During their one-year anniversary trip to Costa Rica – footage of which aired during the Tuesday, December 6, episode of Teen Mom: The Next Chapter – Jaylan, 25, was seen presenting his then-girlfriend with a document folder before telling her he had her name added to their house deed.

“I’m always trying to kind of surprise you with something,” the U.S. Army cyber officer announced as he handed her the folder. “So, everything we do now, we’re doing it together.”

Leah, 30, was visibly shocked by the gesture before asking, “Is both of our names on the house?”

“Yes, on the deed,” Jaylan said as the camera panned to the blurred-out paperwork. However, two months after the couple called off their engagement on October 11, In Touch has learned that the deed for the Charleston, West Virginia, home that the former couple shared remains in Jaylan’s name only.

While it is unclear where the discrepancy lies, In Touch previously revealed that Jaylan “pocketed” the money that his reality TV star ex gave him for the down payment on their house.

“From what I’m gathering, there was no down payment,” the source added. “So, whatever she gave him for the down payment, he pocketed.”

Following their October breakup, the Georgia Tech grad student was spotted moving out of their brick Colonial-style house in photos obtained by TMZ, allowing Leah and her daughters to remain in the home in exchange for her signing “an NDA [saying she] cannot discuss [their] breakup.”

Reps for the former couple did not immediately respond to In Touch’s request for comment. 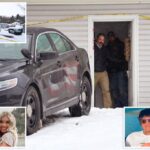 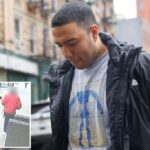