Off to a rocky start. Shortly after Jaylan Mobley proposed to Teen Mom: The Next Chapter star Leah Messer during their anniversary trip to Costa Rica, the former couple got into a heated argument over his decision to ask her stepdad for her hand in marriage.

“In the dinner scene after the proposal, it was known that no other blessings were needed or mattered, especially if I was going to open myself to marriage after two failed marriages,” Leah, 30, wrote via her Instagram Story on Wednesday, December 7, just one day after her Costa Rican engagement aired on MTV. “I call the scene with my stepdad a publicity stunt and disrespect at its finest when [Jaylan] asked me prior and proceeded to do so anyway … then tell me on camera after [he proposed].”

She continued, “I love my family BUT I have a very private relationship with them and preferred to keep it that way as we build better relationships with healthier boundaries.”

Leah and Jaylan, 25, first announced their engagement on August 20, while celebrating their one-year anniversary in Costa Rica.

“I never imagined myself being here today, but I couldn’t imagine myself being anywhere else,” the Hope, Grace & Faith author told People at the time.

For his part, the U.S. Army cyber officer said he had been planning the proposal for “at least two to three months,” adding, “I can’t even express how I’m feeling. I wanted this moment to be the perfect moment for her.”

Although they told the outlet that it felt “amazing” to be engaged, their beachfront proposal footage unveiled a different story.

“Everybody helped out to make this moment a special moment,” Jaylan told the reality star over a glass of champagne following his proposal. “But, I asked Lee [your stepdad] for his blessing. It got very emotional.”

Leah – who shares twin daughters Aleeah and Aliannah with ex Corey Simms and daughter Adalynn with ex Jeremy Calvert – was visibly stunned by his admission.

“The only three that you would have ever needed approval from would have been my daughters. You don’t need [Lee’s] permission,” she said. “We don’t even need that validation from anyone else.”

The pair – who moved in together after Jaylan purchased her a home in Charleston, West Virginia, in April – called it quits just two months after getting engaged.

“While the last year has been tremendously exciting for both of us, we’ve realized that it’s best we walk separate paths. We are so grateful for the lessons, growth, and memories we’ve had in this relationship,” the pair said in a joint statement to In Touch on October 11. “So many of you have watched our love story unfold, and we hope that you’ll continue to watch our stories while we move forward as friends.”

After slamming her former beau on Instagram, Leah took to Twitter on Wednesday to add, “When you choose peace it comes with a lot of goodbyes.” 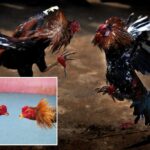 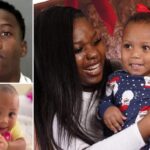