Money speaks louder than words. Teen Mom: The Next Chapter star Leah Messer‘s ex-fiancé Jaylan Mobley “pocketed” the money she gave him for the down payment on their former shared house, a source exclusively tells In Touch.

As In Touch exclusively revealed in April, Jaylan, 25, was the sole owner of the Charleston, West Virginia, home, as Leah’s name was not included in the deed. However, In Touch can now confirm Jaylan received a mortgage offered through a U.S. Department of Veterans Affairs program , a.k.a. a VA loan, for the full purchase price. According to the U.S. Department of Veterans Affairs website, no down payment is needed for a VA loan “as long as the sales price isn’t higher than the home’s appraised value.”

“From what I’m gathering, there was no down payment,” the source continues. “So, whatever she gave him for the down payment, he pocketed.”

The former couple first announced the news of their new home via Instagram on April 1 with Jaylan saying, “We deserve this!”

“Proud to be a first-time homeowner!” he shared with a series of photos showing off the stunning Colonial-style house at the time. “I am so thankful and blessed and still speechless to own this home. Surprise! [Leah Messer] I’m proud of you for selling your first home, and so, I wanted to surprise you with a new home, our home.”

“I can’t wait to build, grow and create generational wealth, legacy and opportunities for us and our families. This is to the next chapter and really leveling up!” Jay continued.

The Hope, Grace & Faith author, 30, and Jaylan moved into the home together with her three daughters – she shares twins Aleeah and Aliannah with ex-husband Corey Simms and daughter Addie with ex-husband Jeremy Calvert – shortly after the announcement. In August, Leah and Jaylan got engaged on their one-year anniversary trip to Costa Rica. However, they ultimately split just two months after the Georgia Tech student’s proposal.

Despite Jaylan being the sole owner of the house, he was spotted moving out of their former home just days after they announced their breakup. The source explains to In Touch how Jaylan and Leah came to an agreement on her keeping the house, so she and her children still remain in the home.

“They went to an attorney, he has his own attorney now for legal stuff, they mutually agreed to separate,” the source tells In Touch, adding that Jaylan let Leah have the house, but she had to “sign an NDA [saying she] cannot discuss [their] breakup.”

“They went to an attorney, he has his own attorney now for legal stuff, they mutually agreed to separate. She did not want to have to move her kids,” the source says. “Her kids did not know they were separating until they were separated. Jaylan agreed you can have the house, but you have to sign an NDA that says you cannot discuss our breakup.”

According to the insider, “In the contract it says she has so much time to refinance in her name, and once she does his name drops off of it.”

“He has no access to the house in the meantime,” the source adds. “But he does get the house back if she defaults on the payments.” 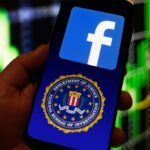 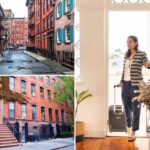