The ongoing impasse in the vote for House speaker has left Republican and Democratic lawmakers unable to discuss or be briefed on sensitive national security matters, raising concerns about a lack of legislative oversight.

The House can’t conduct any other business until a speaker is chosen — including swearing in members-elect, which vests them with the ability to receive sensitive information.

“I’m a member of the Intel Committee. I’m on the Armed Services Committee, and I can’t meet in the SCIF to conduct essential business,” added Gallagher, referring to special rooms in the Capitol complex known as sensitive compartmented information facilities, where such matters are discussed. ”My point is we have work to do that we can’t do right now.”

Gallagher’s complaints were echoed by other House Republicans who have repeatedly supported GOP leader Kevin McCarthy and are demanding a quick resolution to the speaker fight.

“There is no oversight of the White House, State Department, Department of Defense, or the intelligence community. We cannot let personal politics place the safety and security of the United States at risk,” Rep.-elects Michael Turner (R-Ohio), Mike Rogers (R-Ala.), and Michael McCaul (R-Texas) said in a statement on Thursday.

The trio of congressmen, who are in line to chair the Intelligence, Armed Services, and Foreign Affairs panels when a speaker is chosen, went on to call for McCarthy’s swift election, saying he will hold the Biden administration “accountable.”

“McCarthy’s Commitment to America agenda outlines a stronger approach to countering China, a plan to investigate the botched withdrawal from Afghanistan, and how a Republican majority will hold this administration accountable,” they said.

“I’m not a member of Congress right now,” groused Rep.-elect Dan Crenshaw (R-Texas), to Fox News Channel’s “Your World”. “I can’t get classified briefings. I can’t do my job. I can’t do what we’re supposed to do to fix the border. I can’t tell you what’s going on with the cartels and introduce legislation to combat the Mexican drug cartels that are killing tens of thousands of people a year with fentanyl.

“We can’t do any of that because 20 people don’t like Kevin McCarthy and think he’s mean or think he lied to them once?” Crenshaw added. “They can’t articulate what they want from him at this point. And this is an extreme disservice to the American people.”

“Our election is supposed to be our vetting process,” Rep.-elect Adam Schiff (D-Calif.), the former chair of the intelligence committee, told reporters. “But the rules only let Intel Committee members view certain materials, the vast majority of the classified materials, and until we’re constituted, members really aren’t able to get those kinds of briefings or accesses.”

McCarthy has lost ten ballots to become speaker since Tuesday, when the new Congress convened. Concessions offered by the California Republican have not been successful in prying any of the 20 or so lawmakers against him away from the opposition bloc.

“We have business, serious business, to do. This is not the place to be frivolous,” Rogers said Thursday. “And we’ve got some people who are being very frivolous right now.” 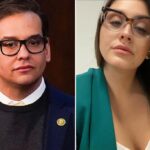