Mike, 40, and Lauren, 38, welcomed their daughter, Mia Bella Elizabeth Sorrentino, on Tuesday, January 24, according to People. The newborn arrived at 8:22 a.m., weighing 5 pounds and 15 ounces.

Mike and Lauren are already the parents to son Romeo, 21 months.

Just three days before welcoming Mia, Mike gushed about loving fatherhood in a sweet Instagram post. “Of all the titles I’ve been privileged to have, ‘Dad’ has always been the best,” he captioned several photos of him with Romeo on January 21.

“We have an amazing announcement!! We’re a growing family! Baby on the way. January 2023. God is Good,” the MTV star shared via Instagram at the time.

Soon after Mike made the announcement, his Jersey Shore costars took to social media to congratulate the couple.

“So so so happy for you guys!!!” Paul “DJ Pauly D” DelVecchio wrote, while Jenni “JWoww” Farley added, “Yassssssss.”

Before announcing her second pregnancy, Lauren told Life & Style that Romeo is already friends with all of the other Jersey Shore kids.

“We have the Jersey Shore babies over as often as we can, whether we’re filming or not. Jenny lives like literally around the corner from us. So, it’s really cute to see, you know, Meilani and Greyson with him,” she said at the time, referring to Jenni’s kids with her ex-husband, Roger Matthews. “They’re all adorable. We love getting them together.”

Mike and Lauren have been open about their love of parenthood on social media and on the reality show, while they’ve also discussed the hardships they have faced. In November 2019, the New Jersey natives revealed that they had experienced a “heart-wrenching” miscarriage.

“When I found out we were pregnant, I felt like this is why we went through all these challenges for years and that this was our time and it was our blessing. It was hard. It was really difficult,” the Laurens Cosmetics founder shared in an ABC interview at the time. “I didn’t want to hold this in. I wanted to share it for other people going through it and just be honest so I can kind of heal through the process.” 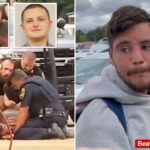 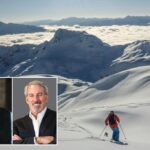