Rep. Lauren Boebert could face an automatic recount in her unexpectedly tight race in a conservative Colorado district, with the firebrand Republican leading her Democratic challenger by just 551 votes.

The Associated Press has declared the election in the 3rd Congressional District too close to call. With nearly all votes counted, the incumbent Boebert leads Democrat Adam Frisch by 0.16 percentage points out of nearly 327,000 votes counted.

A margin that small qualifies for an automatic recount under Colorado law, in a race that has drawn national attention as Republicans try to boost their numbers after winning control of the US House by a narrow margin Wednesday.

As counties finalized unofficial results Thursday, Boebert’s already slim lead was cut in half. All but one of the 27 counties in the district had reported final results by Thursday evening. Otero County plans to finalize its numbers on Friday.

In Colorado, a mandatory recount is triggered when the margin of votes between the top two candidates is at or below 0.5% of the leading candidate’s vote total. On Thursday night, that margin was around .34%.

The updated results follow a hectic few days for both campaigns as they scrambled to “cure” ballots — the process of confirming voters’ choices if their ballots had been rejected in the initial count.

On Thursday night, Boebert, an outspoken member of the so-called “MAGA Squad” made up of hardline Donald Trump loyalists, prematurely claimed victory in a tweeted video of her standing in front of the US Capitol.

“Come January, you can be certain of two things,” said Boebert before thanking her supporters, “I will be sworn in for my second term as your congresswoman and Republicans can finally turn Pelosi’s house back into the People’s House.”

Until election night, Boebert, the former owner of a gun-themed restaurant, best known for picking public fights with high-profile Democrats like Rep. Alexandria Ocasio-Cortez and Rep. Ilhan Omar, had been heavily favored to win reelection after redistricting made the 3rd District heavily Republican.

Her razor-thin lead over Frisch, a businessman from the ski resort town of Aspen surprised the political establishment.

Frisch, a former member of the City Council who ran on a conservative platform to draw Republican voters tired of Boebert’s Trump-inspired style, said he had expected a close race and wouldn’t be surprised if he won.

“We obviously can’t be surprised if we lose,” he added. “We’re not that wacko.” 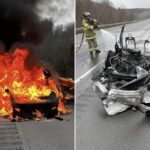 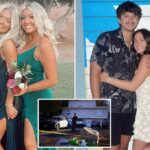 Deadly attacks on University of Idaho students were ‘personal’