The fourth installment of Elon Musk’s bombshell “Twitter Files” reveals how staffers inside the company were seeking to change company policy just to get then-President Trump banned.

In a series of tweets, independent journalist Michael Shellenberger shared internal communications between high-level executives surrounding a new rule approved by then-Twitter boss Jack Dorsey that would result in a permanent suspension to accounts with five violations.

“GUESS WHAT,” Twitter’s former head of trust and safety, Yoel Roth, wrote to colleagues on Jan. 7, 2021, according to a screenshot on an internal message. “Jack just approved repeat offender for civic integrity.”

A colleague then asked if Dorsey’s decision would translate to a Trump ban. The person also asks, “does the incitement to violence aspect change that calculus?” according to the screenshot.

Roth lets the worker know that the new policy wouldn’t result in Trump’s removal, since the former president “continues to just have his one strike.”

“The exchange between Roth and his colleagues makes clear that they had been pushing
@jack for greater restrictions on the speech Twitter allows around elections,” wrote Shellenberger.

Pressure to ban Trump came from both high-level and influential individuals, like Michelle Obama, and Twitter’s very own employees, Shellenberger said.

Shellenberger shared another message of Roth stating that engineers at the company wanted to permaban the president.

“People who care about this … aren’t happy with where we are,” Roth said.

In response, another employee whose identity was not revealed noted that while banning Trump’s account might be the “obvious and “simple” answer, there could be many roadblocks preventing them to carry out the plan.

But despite not getting their way with the five-strike policy, the next day, on Jan. 8, 2021, the platform announced it was banning Trump’s account after a review found his tweets may have inspired the attack. Twitter suspended the page “due to the risk of further incitement of violence,” it said.

Twitter had previously stated in 2018 that blocking world leaders or removing controversial tweets would “hide important information” and “certainly hamper necessary discussion around their words and actions.”

Saturday’s posts came a week after Musk, Twitter’s new CEO, and journalist Matt Taibbi released their first bombshell report on political censorship at Twitter, based on a vast trove of internal documents.

The initial batch of communications revealed that Democrat insiders collaborated with high-level Twitter executives to suppress The Post’s coverage of Hunter Biden’s laptop ahead of the 2020 presidential election.

In the firestorm that followed, Musk ousted Twitter Deputy General Counsel Jim Baker — the former FBI General Counsel who played a key role in the bureau’s scandalous investigation into Donald Trump’s 2016 presidential campaign — for secretly vetting the first batch of “Twitter Files” behind his new boss’ back.

Two subsequent “Twitter Files,” released as long tweet threads on Thursday and Friday by Taibbi and reporter Weiss, revealed how the social media giant secretly “blacklisted” conservative tweets and users — and how executives bent over backward to justify retaining inflammatory posts from Democrats and leftists. 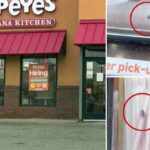 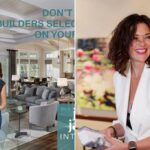