A Delta passenger who was caught on video barking obscenities and throwing a bottle at another passenger has been identified as a Las Vegas bartender – who apologized for the outburst and admitted that her behavior wasn’t “right.”

The viral clip, recorded on Oct. 12 by a fellow passenger, shows Anna Dugan, 32, shouting and swearing at the cabin crew after being asked to put her dog in a carrier on a flight from Atlanta to New York.

“I am sorry that I got so upset. However, I felt like I needed to…stick up for myself. I know I need to work on my emotions, but they weren’t right either,” Dugan told Inside Edition.

Fellow passengers watched the altercation unfold as Dugan informed the flight attendants trying to remove her, “We are about to fight then!”

“My dog was sitting on my lap. I put him in the bag! He’s in the bag!” she tells a flight attendant, who maintains his composure amid the tirade.

Dugan then erupts further, angrily shouting at people filming her and the staff members on board.

“F— you! F— all of you!” she hollers, as fellow passengers tell her to get off the flight.

The argument then reaches a boiling point when Dugan is packing her belongings into a bag and a passenger shouts, “Get off the plane.”

In response, she launches a water bottle at a passenger filming her, yelling, “Turn your f— phone off!”

The flight attendant then says: “Nobody acting this way flies on a flight with us.”

In an email, a Delta spokesperson told The Post: “Delta has zero tolerance for this kind of behavior on our aircraft and in our airports. Nothing is more important than the safety and security of our people and customers.”

No charges have been filed in connection to the incident. 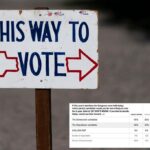 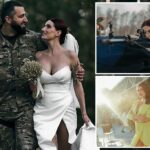