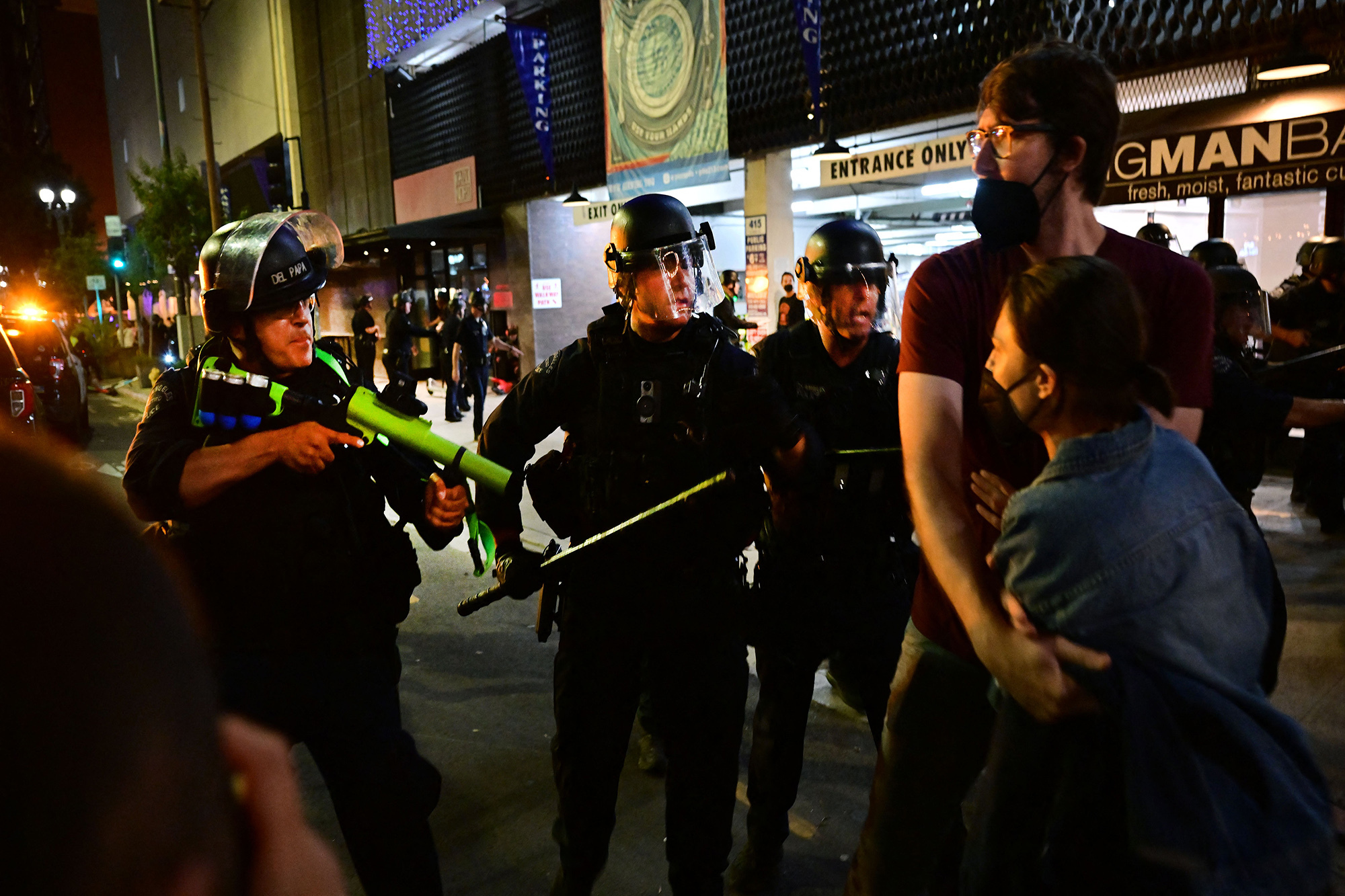 A woman was also charged with resisting police after four officers were injured following a barrage of projectiles, fireworks and a makeshift blow torch, according to officials.

The mayhem unfolded around 8:20 p.m. in Downtown Los Angeles, the LAPD said.

Michael Ortiz, 30, is accused of throwing a makeshift flame thrower at an officer, who was treated for burns, according to a Saturday press release.

Juliana Bernado, 23, allegedly attempted to steal an officer’s baton. A “less-lethal” bullet was fired at her, and she was taken into custody, police said.

“I condemn the violence against officers that occurred last night and into today,” Chief Michel Moore said.

“Individuals participating in such criminal activity are not exercising their 1st Amendment rights in protest of the Supreme Court decision, rather, they are acting as criminals.

The Department will vigorously pursue prosecution of these individuals.”

Large scale protests in other cities large and small around the country were mostly peaceful.