His side of the story. Lamar Odom announced he’s releasing a new documentary, Lamar Odom: Sex, Drugs & Kardashians, which will share insight into his marriage and divorce from Khloé Kardashian. Keep scrolling to learn what the documentary is about, how to watch it and more.

What Is Lamar Odom’s Documentary About?

The retired athlete announced the documentary by sharing the poster, which is a photo of himself and Khloé behind broken glass, via Instagram on Saturday, December 17.

“The all-new revealing special, TMZ Presents: Lamar Odom: Sex, Drugs & Kardashians, takes viewers on a deep dive of Lamar Odom’s troubled marriage to Khloé Kardashian, which was as memorable as his incredible basketball career,” Fox explained in the documentary’s synopsis. “Lamar talks exclusively to TMZ, opening up like never before about his sex addiction and drug use and how it torpedoed his marriage to the love of his life and turned him into a shell of his former self. The good news…true to form Lamar has rebounded in a spectacular way.”

In the trailer released on Monday, December 19, Lamar opened up about his drug addiction during his marriage to the Kardashians star.

After admitting that cocaine was his “girlfriend,” he claimed that Khloé was aware of his drug use. “Behind the scenes, I put her through some s–t,” Lamar continued. “The things that y’all think y’all know, it’s crazy. The stories that y’all don’t know, they’re really crazy.”

When Will Lamar Odom’s Documentary Air?

Lamar Odom: Sex, Drugs & Kardashians will premiere on Monday, January 2, 2023 at 9 p.m. ET on Fox. Additionally, the special will be available to stream on Hulu the next day.

How Long Was Lamar Odom Married to Khloe Kardashian?

Just one month after they met, the reality star and former Los Angeles Lakers tied the knot in September 2009. In addition to featuring their marriage on Keeping Up With the Kardashians, the pair also starred on the spinoff, Khloé & Lamar, from 2011 until 2012.

Khloé and Lamar faced several challenges during the marriage, including the father of three being arrested for a DUI in 2013 and a handful of affairs. After pleading no contest, Lamar received 36 months probation and agreed to attend a three-month alcohol-education program.

In December 2013, the Hulu star filed for divorce from Lamar. Their proceedings were later put on hold when Lamar was found unresponsive at a brothel in Nevada following a near-fatal overdose in 2015.

Once Lamar recovered, they moved forward with the divorce and finalized their separation in December 2016. 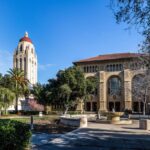 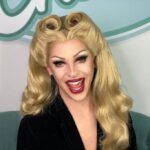