Beauty in the buff! Lala Kent is proud of the woman she’s become and showed it off by posing completely nude in a new Instagram photo.

The former Vanderpump Rules star, 32, stood in a shower of New York’s Dream Hotel with her bare backside completely visible while covering the edge of her breast with her arm. But she wasn’t getting wet, as Lala wore full makeup and had her blonde locks in a stylish updo.

Lala has become a strong single mom since splitting from fiancé Randall Emmett in October 2021 after she claimed he cheated on her with “many women.” The former couple share a 19-month-old daughter, Ocean Kent Emmett.

During a November 2021 “Give Them Lala” podcast, the former SUR hostess admitted, “I feel like it’s weird because I, for the first time, have no idea what my future holds. I don’t know what each day is going to look like and for a really long time, I’ve had a schedule where everything is planned out. My future was ahead of me, and I was like, ‘This is the plan.’ And I’m kind of just letting the universe take control of my life and place me where I need to be. I’m not questioning anything.”

Lala may have also decided to flaunt her killer body after she underwent a breast augmentation in June, which she did as a gift to herself.  The author revealed that she loved the size of her pregnancy breasts and wanted to get them back. “It may sound like I’m getting my boobs done for men, but it’s getting my boobs done for me. … They were massive, and I loved them,” she explained on the January 26 episode of her “Give Them Lala” podcast.

She reiterated her desire during an April appearance on the “Behind the Velvet Rope” podcast. “I’ve wanted them redone for a while, and then when I was pregnant, oh my gosh, they were so huge and amazing!” she exclaimed, adding, “I’m just ready to get them up there, maybe a little bigger. I’m gonna get my groove back.” Judging from Lala’s nude photo, she definitely has her groove back! 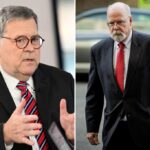 exposed ‘abuse by the FBI’ 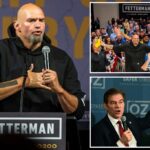 Fetterman ‘has no work restrictions’