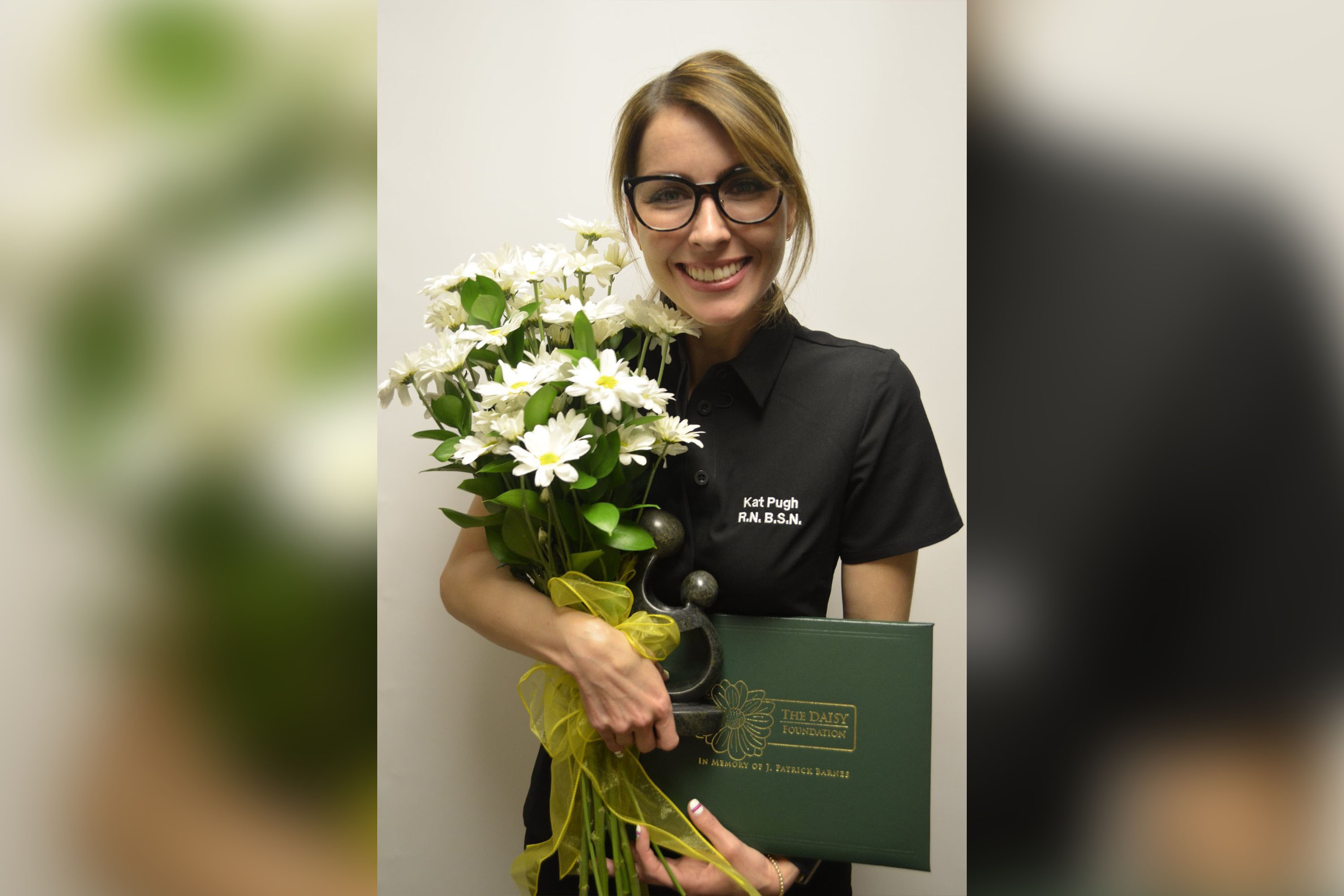 A decorated California nurse is behind bars this week after allegedly firing her handgun into a neighbor’s Sunset Boulevard apartment while “intoxicated” Monday afternoon, according to authorities.

Kathryn Pugh, a 39-year-old registered nurse who was honored in 2019 with a DAISY Award at Huntington Health in Arcadia, allegedly had too much to drink and perforated her apartment amid a feud with her downstairs neighbor, police said.

Police say the woman in the apartment below Pugh’s called 911 to report the sound of a gunshot and an apparent bullet hole in her ceiling around 3:49 p.m. Monday.

Arcadia police officers arrived and allegedly found Pugh “intoxicated and in possession of two handguns.” She had legally registered both weapons, police told Fox News Digital, and they said they had no previous documented interactions with her.

“It appears both the victim and suspect have an ongoing dispute over apartment-related issues,” police said in a statement.

Police allege she fired three rounds in total, through her floor and an exterior wall.

Pugh faces two felony charges of discharging a firearm at an inhabited dwelling. There were no reported injuries in the incident.

Her bail was initially $250,000, but a judge ordered her held without bail at her arraignment this week, despite a lack of prior criminal history.

Los Angeles District Attorney George Gascon’s Office, which has defended low or no bail for repeat violent offenders, said the bail had been increased due to the court’s concern for public safety.

In March, Gascon’s office revised a policy barring his deputy district attorney’s from seeking cash bail, something he had wanted to eliminate altogether.

“The District Attorney remains firmly committed to the core principles that the voters of Los Angeles embraced, including the goals of eliminating cash bail and maximizing pretrial release within the bounds of public safety,” Gascon’s office told Fox News Digital at the time. “Throughout the past 18 months, we have identified some gaps in our existing system of pretrial supervision that require slight adjustments to the manner in which we pursue those goals. For individuals who pose an exceptional risk to public safety, including those who have committed additional crimes while on pretrial release, the office may request bail under a narrowly tailored set of circumstances.”

The hospital’s DAISY Award recognizes “excellence in clinical skills, caring and compassion.” A spokesperson for the institution did not immediately respond to a request for comment.