A California sheriff’s deputy is being investigated for having sex on the job — after accidentally broadcasting herself getting frisky on her force’s radio line, according to a report Wednesday.

TMZ shared audio from a weekend broadcast that caught a woman giggling playfully as she warned her male companion: “You’re gonna rip my underwear!”

Sources told the outlet it was a rookie Los Angeles deputy who seemingly engaged her radio by mistake while getting handsy in a parking lot during a break from her shift at the Men’s Central Jail.

She soon caught on that she was turning police airwaves blue, shutting off her radio, the outlet said.

The Los Angeles Sheriff’s Department confirmed to TMZ that an internal investigation had been launched. It was not immediately clear if the man with her was another worker also on the clock, the outlet noted.

Potential punishments include suspension or even getting fired.

In fact, a deputy from the same force was fired for an almost identical incident when he left his microphone on while having sex at Universal Studios Hollywood two years ago.

In that case, the deputy’s love interest was recorded repeatedly moaning and crying “Oh!” during the X-rated encounter near the Bates Motel attraction.

A spokesperson for the sheriff’s department was not able to immediately confirm the latest investigation early Wednesday. 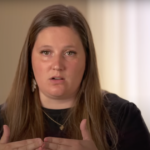 Tori Roloff Says She Has ‘Panic Attacks’ Without Her Kids 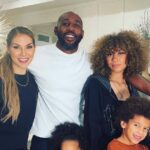 tWitch, Allison Holker Family Photos With Kids Before His Death