Clapping back. Real Housewives of Beverly Hills star Kyle Richards shut down rumors that she uses the weight-loss drug Ozempic.

“I have never tried Ozempic and this is not from plastic surgery,” Kyle, 54, commented in response to a Page Six Instagram post about a photo she took showing off her impressive abs.

While she admitted to undergoing a breast reduction in May, the Bravo personality denied using any other artificial ways to achieve her toned physique.

“I’m honest about what I do,” she continued. “But if giving plastic surgery the credit makes you feel better then pop off, sister.”

Kyle continued to deny the claims by responding to another fan in the comments section, writing, “I am NOT taking Ozempic. Never have.”

According to the Ozempic website, the medication is for “adults with type 2 diabetes that, along with diet and exercise, may improve blood sugar.” However, many people without diabetes have been using the drug to help with weight loss.

Kyle insisted that she achieved her body on her own after causing a stir online by posting a photo of herself in a tiny black bikini via her Instagram Stories earlier in January.

Several celebrities – including Khloé Kardashian – have been accused of using the drug to maintain their slim figures. “Let’s not discredit my years of working out,” the Kardashians star, 38, told a fan after they wondered if she achieved her frame with the help of the drug. “I get up five days a week at 6 a.m. to train.”

This wasn’t the only time Kyle has responded to questions about her appearance. She previously spoke about her breast reduction procedure while appearing on a June episode of Watch What Happens Live.

Host Andy Cohen accidentally let the news slip by asking the reality star how the breast reduction was “working out.”

“Oh, thank you for letting everyone know, Andy, thank you,” she replied, noting that she hadn’t yet publicly announced the news.

She went on to admit that she had gone under the knife three weeks earlier. “I had a breast reduction surgery,” Kyle shared. “I never had implants. I had Double Ds, no implants, I still don’t have an implant but I went and said, ‘I want smaller boobs and don’t ever want to wear a bra ever again in my life and here I am.’”

After she jokingly told Andy, 54, that she “can’t wait to share more things with you,” Kyle added that she “never lied” about having work done and insisted she “never ever will.” 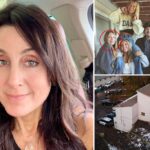 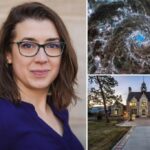