Shocking video captures a group of teens viciously assaulting a woman and throwing her off a Washington, DC, bus – because she asked them to stop using “foul language.”

Kyla Thurston, a passenger on the DC Metrobus, told the rowdy teens to stop cursing Monday after a woman and a young child boarded, Fox 5 DC reported.

“At that point, the kids became unruly. They started being disrespectful, like saying things to me,” Thurston, 42, told the news outlet.

“Then next thing you know, there were objects being thrown at me, and I was just like, ‘Thank You, Lord,’ because throughout the whole incident the only thing I could recall was the kids hitting me and kicking me — and I had no defense,” she added.

“The only thing I said was, ‘Can y’all stop the abusive language?’” Thurston later told WJLA.

She said she asked the driver to stop but he kept driving at first.

“The bus driver made no attempt to stop the bus. He didn’t alert local authorities or anything to my defense,” Thurston told Fox 5 DC.

“Even after I’m yelling at the top of my lungs, ‘Stop the bus! Let me off the bus!’ the bus driver never stopped.”

After the driver finally stopped, the distressing video shows the woman trying to fend off her attackers before they aggressively shove her off the bus.

She told the station that she was bruised and that her neck was hurt in the shocking attack – adding that she is still suffering emotionally from the beatdown.

“Watching the video myself personally, it startled me — and I’m still startled about it,” Thurston said. “I didn’t want to come forth at first, but I don’t fear nobody but the Lord.”

The woman who recorded part of the incident said people threw bottles at Thurston, pushed her and some even choked her as they tossed her off the bus, Fox News reported.

Thurston said she would continue using Metro but urged the service to address safety on its buses, including by limiting the number of youths who can ride at any given time.

Metro has acknowledged that “the incident in the video is disturbing and unacceptable and currently under investigation by Metro Transit Police.”

On Wednesday, DC Mayor Muriel Bowser said: “That is not any type of crime that we want to see in our city at any time,” WJLA reported.

“Part of what we’re talking about today is making sure we have the police force that we need to respond and patrol and assist Metro and its properties, including the bus and including the train stations,” she added. 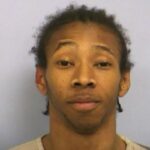 Texas man gets no jail time for beating girlfriend, killing their unborn child 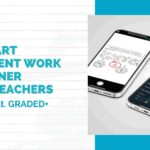