A retired Russian general serving in the rogue nation’s parliament admitted on state TV to targeting Ukrainian civil infrastructure — with the goal of leaving Kyiv “swimming in s–t.”

“The absence of electricity means no water or refrigerators, the absence of sewers,” he said, commenting on Moscow’s recent targeting of power plants in its airstrikes against Ukraine.

“One week after all electricity is cut off, the city of Kyiv will be swimming in s–t, pardon my language,” he went on.

“There will be a clear threat of an epidemic,” he added.

The comments come as Russian strongman Vladimir Putin has stepped up his country’s bombardment of Ukrainian cities in recent weeks while continuing to deny the intentional targeting of civilians.

Yevgeny Popov — a Channel 1 anchor who also serves in the Russian Duma — asked Gurulev how strikes on civilian infrastructure could be justified.

“How does it benefit us if the residential buildings are without electricity and water?” he asked. “We are fighting the military, not civilians.”

“If you have no water, no sewage — we’re projecting a flood of refugees towards the western borders, correct?” Gurulev responded, raising his voice.

The Kremlin loyalist went on to outline a scorched-earth campaign against the Ukrainian public.

“Because it’s impossible to survive — there’s no heating, no water, no sewer, no lights. You cannot cook food. There’s no place to store food, no way to transport food. The monetary system doesn’t work, industry is at a standstill,” he said, in an apparent recitation of Moscow’s goals.

“We love everyone, but we have been driven to this,” Channel 1 host Olga Skabeyeva interjected.

“We have no other options left,” she said of the unraveling of Russia’s war of aggression.

Russia has repeatedly denied claims that it intentionally fires upon civilian targets, despite overwhelming — and often explosive — evidence to the contrary.

The degree to which Gurulev is involved in planning Russia’s war on Ukraine is unclear. Russian state media reports he retired from military service in 2019.

But Ukrainian intelligence claimed earlier this year to have recorded Gurulev angrily ordering a Russian unit to burn down a house in the opening days of the war.

Gurulev was among the Russian military leaders involved in the 2014 grab for land in the Donbas, leading several Russian occupation units. 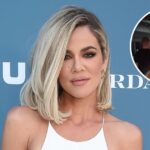 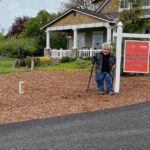 Roloff Farms Not for Sale, House Converts to Rental