More than three-quarters of Kyiv’s residents were without running water Monday after a rush-hour airstrike — marking three weeks of Russian bombardment of Ukrainian civilian infrastructure.

Vitali Klitschko, mayor of the Ukrainian capital, said on Telegram Monday that 80% of the city’s residents were without running water following the strikes — though by nightfall service had been restored to half of those affected. Hundreds of thousands were still left without power.

To the east, subways in Ukraine’s second-largest city, Kharkiv, ground to a halt after Russian bombardment severed power to the lines.

Ukrainian Prime Minister Denys Shmyhal said 18 targets had been hit across 10 provinces, most of them part of the country’s power grid.

He said there had also been power shutdowns in the Zaporizhzhia and Dnipropetrovsk provinces.

Ukrainian air defense reported shooting down 44 of “more than 50” missiles. It was unclear how many suicide drones — which have featured prominently in the past few weeks of air attacks — had been launched against Ukraine Monday.

In Kyiv, the strikes happened just ahead of a visit by a delegation of Czech leaders, including Prime Minister Petr Fiala.

No casualties had been reported as of late Monday, but multiple people had been injured in the attacks, Ukrainian authorities said.

“The Kremlin is taking revenge for military failures on peaceful people who are left without electricity and heat before the winter,” Oleksii Kuleba, governor of the Kyiv province, said.

Earlier this month, a Russian lawmaker and retired general took to state TV and declared the goal of the missile strikes was to leave Kyiv “swimming in sh-t,” and collapse the country by making it unlivable.

The rush-hour strikes were also an echo of the missiles that fell on Ukraine on Oct. 10, in supposed retaliation for the destruction of the Kerch Strait bridge linking occupied Crimea to Russia.

Ukrainian Foreign Minister Dmytro Kuleba pushed back on the idea that Monday’s shelling should be considered a “response” to any Ukrainian victories against military targets.

“Don’t justify these attacks by calling them a ‘response.’ Russia does this because it still has the missiles and the will to kill Ukrainians,” he tweeted. 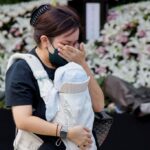 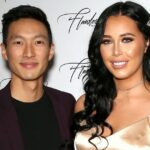