The Kremlin said Tuesday it was ending its divisive draft after pressing enough men into service — an announcement that came as Russian troops prepared to battle for the strategic southern province of Kherson.

“A total of 300,000 people were drafted in the course of the partial mobilization in line with the president’s decree of September 21,” Russian Defense Minister Sergey Shoigu said according to Russian state news outlet TASS.

That’s the number Russian President Vladimir Putin said he needed when he started calling up troops in September — a move that led to massive protests throughout Russia and caused hundreds of thousands of fighting-aged men to flee.

Putin said the draft would draw from the military reserves, but in practice, authorities forced ordinary Russians including students, older men and some with chronic health issues into reserve units.

“There were certain drawbacks in the activity of recruitment centers at the initial stage,” Shoigu acknowledged. “We took emergency measures to improve their work, which brought results. All regions have sent the specified number of mobilized people to military units.”

But local Russian news reports have indicated for months that those draftees are being sent into battle with inadequate equipment and lackluster training, facing off against a well-armed and motivated Ukrainian army.

At least some of those reinforcements have now reportedly been sent to the southern Ukrainian province of Kherson, where leaders in Kyiv and Moscow are expecting a consequential showdown.

The southern province, taken by Russia early in the war, is one of the five Ukrainian provinces the Kremlin has declared as its own. Located between the front line and Crimea — which has been occupied by Russian forces since 2014 — the province is of strategic and symbolic value to both sides, and has been the centerpiece of Putin’s attempt to claim occupied territory as essentially Russian.

Vladimir Saldo, the Russian-installed puppet-governor of Kherson, said Tuesday that he’d ordered an additional 70,000 civilians to evacuate from the area around the Dnipro River, which bisects the province.

Saldo, repeating a Kremlin talking point, has claimed that Ukraine plans to attack its own hydroelectric plant on the Dnipro, necessitating the relocation of the civilian population.

But Kyiv has characterized the so-called evacuations as the forcible displacement of civilians — a crime under international law.

“The situation on the line of contact remains unchanged. The Ukronazis are trying to probe the line of defense,” Kirill Stremousov, deputy head of the occupation, said — using a smear based on the Kremlin lie that the Ukrainian government is fascist.

But the Washington, DC-based think tank The Institute for the Study of War said the fortification of Chornobaivka was significant.

“The current frontline lies less than [12 miles] northwest of Chornobaivka, and active efforts to bolster defense here indicate concern for an imminent Ukrainian advance,” the institute said in a daily assessment.

Tuesday also marked the start of Russia’s twice-yearly military conscription, in which the Kremlin has said it plans to call up 120,000 additional troops.

In the Russian army, such conscripts are required to serve for 12 months. Conscripts from previous efforts have typically not been deployed abroad. 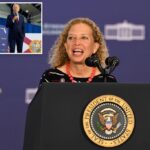 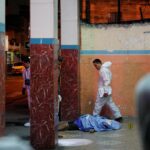