“Basically, he’s not in Truely’s life,” the insider says, before explaining the reason behind his distance. “Kody won’t go anywhere. Christine has to accommodate Kody. He’s still paranoid about COVID and everything else. So, if Christine is not choosing to do the transporting and making it happen — nor would she put Truely through any of this stress — then Kody won’t have a relationship with Truely. He would have to leave his nest to see his daughter.”

During a confessional in the upcoming Sunday, October 2, episode, the family patriarch, 53, complained about the messy custody battle he and Christine, 50, are in over their youngest daughter, 12.

“I’m disgusted by this idea that she’s moving, and she’s gonna take Truely and move to Utah,” he told the cameras. “Truely’s my child.”

For her part, the Cooking With Just Christine star explained her feelings on the matter, claiming that Kody had already been absent from their lives when they lived in Flagstaff, Arizona.

“Hell, he could have had 50/50 time with us the whole time we lived here!” Christine said. “Let’s just say we’ve lived [in Flagstaff] for 800 days. He went hiking with us once. He’s been kayaking with us twice, one time he didn’t even get in the water. That’s three times he’s gone with us. Three out of 800.”

The mother of six — who also shares children Mykelti, Aspyn, Paedon, Ysabel and Gwendlyn with the businessman — also addressed why she wants to bring Truely to Utah.

“What I’m looking for is a place to envelop Truely in family,” Christine added in her confessional. “I can take her to a better support system where she’s surrounded by love.”

Shortly before she announced her split from Kody, Christine revealed that she was moving to a new house in her home state.

“After more than 25 years together, Kody and I have grown apart and I have made the difficult decision to leave,” Christine wrote via Instagram in November 2021. “We will continue to be a strong presence in each other’s lives as we parent our beautiful children and support our wonderful family. At this time, we ask for your grace and kindness as we navigate through this stage within our family.”

Despite vowing to be a “strong presence” for each other, Kody and Christine’s argument over Truely appears to be reaching a breaking point. He concluded his confessional during the upcoming October 2 episode of Sister Wives by noting, “men don’t win in the divorce world.” 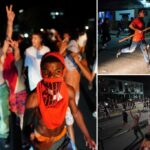 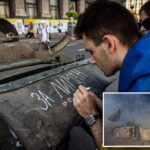