The blame game? Sister Wives’ Kody Brown suggested that ex-wife Christine Brown stopped his reconciliation with Meri Brown prior to his split from the Cooking With Just Christine star.

“Some of the games that were happening, were things like when we moved to Flagstaff, Arizona, I was trying to reconcile with Meri,” the family patriarch, 53, told host Sukanya Krishnan, in a teaser clip from the upcoming Sunday, December 18, One on One tell-all episode. “Meri gave me this really cool birthday present, and I’m in this place, telling Janelle [Brown], Christine and Robyn [Brown] that I might reconcile with Meri. And Christine lost her s—t that day.”

Kody then claimed that the TLC personality came to “a family party and leaves yelling to one of the kids that she was in a loveless marriage,” adding that this was allegedly “two years before she kick[ed] [him] out.”

After Sukanya, 51, asked Kody why he believed Christine, 50, would react that way, he responded, “I was trying to reconcile with Meri. There’s something wrong in the relationship between Meri and Christine.”

For Christine’s part, the former sister wife told her side of the story when asked why she “always seemed so offended” by his relationship with the Lizzie’s Heritage Inn owner, 51.

“Why would I be offended to a marriage that’s broken like that [sic]?” the TLC personality said.

During the sit-down, Kody labeled Christine as a “game player,” claiming that she was behind the problems leading up to their November 2021 split.

“From the time we were married, [there was] manipulation. Pouting. Temper tantrums. Just behavior things,” he said.

Kody and Christine’s breakup was the highlight of season 17, which premiered on September 11. Following her departure from the polygamous family, fans watched how the dynamic between the Browns shifted. Toward the end of the season, the businessman had split from Janelle, 53, and Meri, leaving him in a relationship with only Robyn, 44.

In Touch exclusively confirmed Kody and Janelle’s split on December 9. Less than one week later, his breakup from Meri was revealed in a teaser clip from the upcoming tell-all.

Neither Janelle nor Meri have publicly addressed their marital status.

Nevertheless, the Plexus ambassador seemingly broke her silence shortly after news broke of her and Kody’s split. Eagle-eyed fans noticed that her Instagram bio was updated to read “Just Me.” 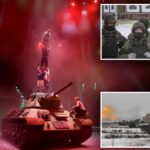 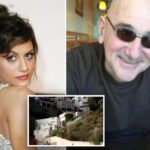