Having an epiphany. Following his split from Christine Brown, Sister Wives star Kody Brown revealed that each wife has a limit to what she will accept in a plural marriage.

“I got a feeling through this experience that each wife has a breaking point where they’re just not going to put up with whatever the other wives’ needs are anymore,” the polygamous patriarch, 53, said during a teaser clip from the upcoming Sunday, October 9, episode. “They’re, like, going to do their own thing. Janelle has done that before.”

The father of 18, who is legally married to Robyn Brown and spiritually married to Meri Brown and Janelle Brown, went on to explain that plural marriage is a collaborative effort with each member needing to be “compliant” to the group’s needs.

“Here’s the funny thing in plural marriage: A wife works with you or works against you,” Kody began, before explaining how each of his wives fits into his description.

“Janelle and I would be a team sometimes and wouldn’t be sometimes. Christine was usually fairly compliant and then when we decided we didn’t want to move to Utah when Christine wanted to move to Utah, it’s like, ‘Well, I’m going to Utah.’ Christine became suddenly very independent.”

“I always thought Meri was working with me fairly well,” he continued. “Robyn’s whole goal when she came into the family was to become part of this family and work together with our family.”

TLC viewers have watched as Christine, 50, revealed to her former sister wives that she was leaving the family after nearly three decades to mixed emotions.

“I can’t imagine after 30 years, like, how this looks,” Janelle, 53, told Christine. “You’ve just been so much, like, the fabric of everything,” she said, before adding that the Cooking with Just Christine host is “as big a part of my world as Kody is.”

While the mother of six was saddened by the news, fellow sister wife Meri admitted to being “angry,” as Robyn questioned if Kody was “going to let this happen.”

Christine – who shares children Aspyn, Ysabel, Paedon, Gwendlyn, Truely and Mykelti with her ex – publicly announced their split in November 2021.

“After more than 25 years together, Kody and I have grown apart and I have made the difficult decision to leave,” she shared via Instagram at the time. “We will continue to be a strong presence in each other’s lives as we parent our beautiful children and support our wonderful family. At this time, we ask for your grace and kindness as we navigate through this stage within our family.” 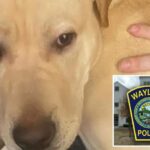 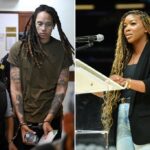