Sister Wives star Kody Brown seemingly rewarded his daughter Ysabel Brown with a car on her 18th birthday for not wasting kisses on “stupid boys.”

“Are you sweet 17?” the polygamous patriarch, 53, asked his daughter, whom he shares with ex-wife Christine Brown, during the Sunday, October 9, episode. Ysabel quickly corrected her father, saying, “I’m almost Sweet 18. This is an [18th birthday] party”

“Oh yeah, so you’re sweet 18. That’ll get you a new car,” Kody announced in front of the entire family as the teenager claimed it “was worth it.”

“It’s worth it ’cause she didn’t waste her kisses on any stupid boys,” the father of 18 continued, before going on to explain his definition of a “sweet 16.”

“A sweet 16 birthday party is a birthday party where the girl hasn’t been kissed. I don’t know where this term came from, it was something I was hearing in high school,” he explained. “A girl who hasn’t ever kissed a boy.”

“Young men and young women, or men and women, should both do the same thing. You protect yourself; you find trust before you’re driven mad with sexuality,” the Wyoming native continued.

In another scene, Kody admitted his relationships with his older children have remained “strained” following drama surrounding his strict COVID-19 pandemic rules.

“I’m not in a good place with everybody and it’s not that I’m trying to be angry or trying to hold them accountable in this moment or anything like that,” the businessman continued. “I don’t feel like I’ve got the respect that I should have.”

As for her parents’ divorce, Ysabel admitted it wasn’t a surprise as she “did see it coming.” “Of course, like I’m sad about it, like, sometimes it just doesn’t work out,” she continued in an interview with producers. “I’m happy that my mom will be able to find somebody who she’s really, really, really happy with.”

Meanwhile, Mykelti Brown, Christine and Kody’s older daughter, felt “relieved” once she heard her mother was leaving the polygamous patriarch.

“They’re not happy, they’re not in love,” she explained in a confessional, alongside her husband, Tony Padron. Meanwhile, he added, “I thought it was a little inevitable, I can’t imagine any man being perfect enough to be able to handle four wives.” 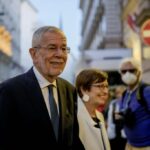 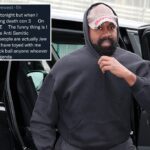