Boiling point. Sister Wives star Kody Brown and his wives sat down to discuss the family’s COVID-19 rules amid their children’s return to school, but the conversation quickly turned tense with Kody calling out Janelle Brown and Christine Brown’s attitudes.

“I’m kind of wanting everyone to make their choice [about returning to the classroom], but I’m really feeling awkward,” Kody, 53, said in a confessional during the Sunday, September 25, episode. “You can hear it in Janelle and Christine’s voice. I hear this sort of nuance, this sarcasm of, ‘Well, are you going to keep doing what you’re doing cause it’s really stupid compared to what we think.’”

“It’s this snotty little attitude about the rules and stuff that I’ve had, and I’m sort of tired of the snotty attitude,” he continued.

Kody went on to explain that the family is at a crossroads amid their children’s return to in-person learning.

“We’re in the middle of spring break. After spring break they’ve set it up so the kids can go back to school. I personally prefer them to do it from home online than to go and wear a mask in school,” Kody said before adding that he’s asked Robyn Brown’s children Solomon and Breanna to continue with distance learning.

Former sister wife Christine, 50, was visibly frustrated by her ex-husband’s revelation. “So, he asks Breanna to not go back to school in person because he wants to be around her, but he says Ysabel can go back,” she said during a confessional.

While the mother of six shared that she’d like her daughter to return to school for the last few weeks of her senior year, Kody acknowledged that he would leave the decision up to his teenage daughter, but that if she chose to go in person, it “totally changes everything” regarding his ability to visit Christine’s house.

His apparent preferential treatment towards Robyn’s children “frustrates” sister wife Janelle, 53, who admitted to “crossing a line” by stepping in.

“I’m feeling really bad for [Ysabel] having to choose between her dad and her friends,” Janelle said during her confessional. “It frustrates me that Kody is making it so much like a ‘if you go to school, I can’t see you.’ I think that’s ridiculous.”

“Here’s the thing,” Kody began, “Everybody can do what they want, but I can’t be exposed to people and then be going from house to house all the time.”

Kody went on to say that he felt like Janelle and Christine were trying to “pin” him down and catch him “in some kind of COVID protocol hypocrisy,” causing him to be “super careful about answering them.”

This is not the first time the family has been at odds over Kody’s strict social distancing rules. Janelle’s sons Garrison Brown and Gabriel Brown have been in an ongoing feud with their father over the protocols and are “not talking.”

“Garrison calls me up with his narcissistic attitude and goes, ‘This is your fault and I’m never going to be around you again,’” the polygamous patriarch recalled during the September 18 episode, while admitting that his COVID-19 rules had backfired. “So, I just called Janelle and said, ‘I need Gabriel and I need Garrison to both move out.’”

Garrison, 23, ultimately moved out of his mother’s home after purchasing an Arizona home in December 2021, In Touch confirmed at the time. 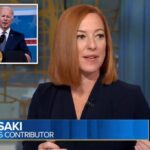 If midterms are a ‘referendum’ on Biden, Democrats are doomed 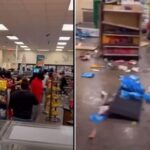