The woman who killed Kirstie Alley’s mom in an alcohol-fueled Kansas car crash in 1981 wants “nothing but peace” for the late “Cheers” star, who died Monday at age 71 after a short battle with colon cancer.

“I send her nothing but peace, and prayers for her family,” Cherrie White, 68, said in an exclusive text message to The Post while declining further comment.

White, who went by the name Cherrie Glymph at the time, was 27 years old when she collided with a car driven by Alley’s father, Robert, according to news reports shared as part of an online remembrance.

Lillian Alley, 58, was thrown from the vehicle in the Oct. 23, 1981, crash on Interstate 135 in the Wichita area. Robert, 57 at the time, was taken to a local hospital with chest injuries. A lumber company owner, Robert, survived the crash and died in 2007, an online obituary stated.

White — who has since moved to Arlington, Texas — told the National Enquirer in 2011 that she “shouldn’t have been driving that night.”

“I had a lot of things on my mind, and I was intoxicated,” White told the paper, which published a photograph of her standing next to the gravestone for Lillian Alley at the Elmwood Cemetery in Augusta, Kansas.

“I was going through a divorce. I stopped by a local club to get something to eat, and I had a few drinks,” she recalled.

White and the Alleys were trying to avoid a separate car crash when White slammed into the back of the Alleys’ car, according to a news report and the Enquirer.

“I blacked out, and when I came to, I saw a woman’s body on the side of the road covered in a sheet. Then I saw paramedics working on a man. I was told later that the female passenger had died and the male driver was taken to the hospital in critical condition,” White recalled to the Enquirer of Lillian Alley, whose nickname was “Mickie.”

“But I never knew the name of the woman I killed. The authorities never told me the victims’ names because the driver was still in the hospital, and they couldn’t release his name. For 30 years I’ve carried the burden of not knowing who I killed.”

According to the Enquirer, White pleaded guilty to a misdemeanor charge of vehicular homicide. She spent about six months behind bars before serving the rest of her yearlong sentence in an alcohol recovery center and a halfway house, the outlet reported.

Kirstie Alley alleged in a tweet last year that White only spent three months in jail.

White had expressed interest in apologizing to the two-time Emmy winner, but she reportedly refused to see White. In addition, she told the Enquirer that when she was in rehab she wrote a somber note to the crash survivor, Robert Alley, whose name she allegedly did not know at the time.

“The letter was never mailed, but in it I asked for forgiveness for what I’d done,” White said.

Alley recalled her mother’s tragic death and the difficult relationship they shared in press interviews, on social media and in her 2005 memoir “How To Lose Your Ass and Regain Your Life: Reluctant Confessions of a Big-Butted Star.”

“We were very different. But I do understand this. She was raising three kids by herself with no help,” Alley told Liz Smith in a 1998 issue of Good Housekeeping.

“And I don’t think my mother was cut out to stay home and not work. She didn’t have the temperament. And I think, probably in the long run, that was a disadvantage for her and for us.”

Alley had completed her fourth audition for “Star Trek II: The Wrath of Khan” when she received a call from her sister, Collette, about the Friday night crash. She headed home to Kansas only to receive word from Paramount the following day that the studio wanted to see her that Monday, according to a 1982 People magazine story.

Lillian Alley’s funeral was scheduled for Tuesday at Zion United Methodist Church in Wichita — so Alley reportedly told her agent, “No way,” as her siblings tried to change her mind.

She told People she called her agent and said, “You call Paramount and tell them my mother is dead, my father is dying. And if they want to see me, I’ll see them Wednesday.”

Then she added: “Don’t candy-ass around. This is the greatest tragedy of my life. But if I get ‘Star Trek,’ that will be my happiest day.”

She did land the breakout role of Lt. Saavik — reportedly thanks to eye drops to hide her grief — before going on to star in “Cheers,” “Look Who’s Talking” (plus its two sequels) and “Veronica’s Closet.”

She has been mourned by several co-stars and many of her fans in the wake of her death this week. 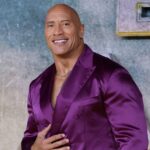 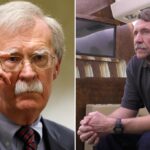