The 73-year-old monarch — who ascended to the throne when Queen Elizabeth II died in September after 70 years of rule— has no plans to move into his mother’s longtime home. King Charles and his wife, Queen Consort Camilla, currently reside at Clarence House, which is a short walk from Buckingham Palace.

While the Palace will remain the operational headquarters for the King, there are doubts that it will ever be his primary residence — even after its 10-year renovation project is completed in 2027. And, bucking the tradition of Queen Elizabeth II’s reign, the Royal Standard will fly over both Buckingham Palace and Clarence House.

Buckingham Place has been the official home of every British sovereign since 1837. Queen Elizabeth II lived there until March 2020, when the pandemic forced her to move out of central London to Windsor Castle.

But royal sources told the Sunday Times that King Charles is “very comfortable” at Clarence House, which was previously occupied by the Queen Mother.

“I know he is no fan of ‘the big house,’ as he calls the palace,” said one source. “He doesn’t see it as a viable future home or a house that’s fit for purpose in the modern world. He feels that its upkeep, both from a cost and environmental perspective, is not sustainable.”

And the King’s wife isn’t a fan of “the big house” either: “It is certainly true that Camilla doesn’t want to live at Buckingham Palace,” said another source.

While the King isn’t keen on Buckingham Palace being his private residence, a royal source told the Sunday Times that he wants to make it more open to the public: “He recognizes it needs to keep evolving, and in the modern era people want to be able to access their palaces. He embraces that and sees them as public places more than private spaces.”

Another plan being considered is for Buckingham Palace to become a permanent exhibition honoring the record reign of Queen Elizabeth II.

Meanwhile, the King will have no shortage of places to rest his crown-wearing head: In addition to Clarence House, he will split his time between his other homes: Highgrove in Gloucestershire, Sandringham in Norfolk, and Birkhall on the Balmoral estate. 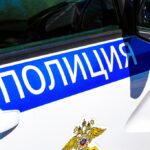 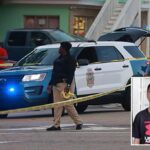