King Charles was jealous of both Meghan Markle and Kate Middleton because they stole the spotlight from him, Prince Harry claims in his new memoir “Spare.”

Harry claims his envious father “experienced that before and he had no interest in letting it happen to him again” — referring to his mother, Diana, Princess of Wales.

And before Harry and Markle got engaged, Charles asked about the “Suits” actress’ career, and if she planned to continue working. Harry said he didn’t think so.

“Well, my dear son, you already know that we don’t have money to spare,” Charles allegedly replied.

Although the couple was financially supported by Charles while they remained in the UK as working royals, the spigot was turned off when Harry and Meghan moved to the US, with Charles claiming there wasn’t enough cash for the pair — even though the elder royal was earning “millions from the tremendously lucrative” Duchy of Cornwall, a private, income-producing estate meant to support the heir to the throne.

“Willy did everything he [Charles] wanted, and sometimes he didn’t want him to do much, because my dad and Camilla didn’t like Willy and Kate getting too much publicity,” Harry has alleged in the book, according to a translated excerpt in the Telegraph.

One day, the King’s staff made sure William was not photographed holding a tennis racket at a public engagement, Harry wrote, noting “that kind of photo would have pushed Dad and Camilla off every front page.”

“And that couldn’t be tolerated under any circumstances,” Harry added. 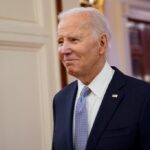 Joe Biden ‘all in’ and readying launch of 2024 campaign 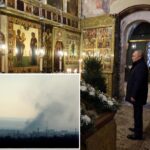