King Charles III made his official debut on the UK’s money, with the Bank of England unveiling its first banknotes featuring the new monarch Tuesday.

The revamped currency bearing the king’s likeness will enter into circulation from mid-2024 to gradually replace those featuring his mother Queen Elizabeth II.

Charles became king in September following Queen Elizabeth’s death at age 96 after 70 years on the throne.

The new five, 10, 20 and 50 pound polymer banknotes feature a portrait of Charles on the front, as well as a cameo of him in the banknotes’ see-through security window, but are otherwise unchanged from their current designs.

The reverse side of the money will also remain unchanged, with portraits of Prime Minister Winston Churchill on the 5 pound notes, the author Jane Austen on the 10 pound notes, the artist JMW Turner on the 20 pound ones and the computer scientist Alan Turing on the 50 pound notes.

“This is a significant moment, as The King is only the second monarch to feature on our banknotes,” Bank of England Governor Andrew Bailey said in a statement.

Queen Elizabeth became the first monarch in British history to appear on Bank of England notes in 1960, in contrast to coins that have long featured images of the country’s rulers.

Banknotes featuring Queen Elizabeth will not be withdrawn from circulation until they are worn out, so the two types of note will both be in use for years to come.

“To minimize the environmental and financial impact of this change, new notes will only be printed to replace worn banknotes and to meet any overall increase in demand for banknotes,” the Bank of England added.

There are currently about 4.5 billion individual Bank of England notes worth about 80 billion pounds in circulation. 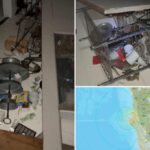 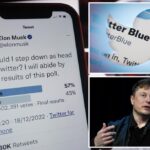