Prince Harry has accused his dad King Charles III of immediately branding him a “spare” on the day he was born — and joking that his “work” was done with then-wife Princess Diana.

According to leaked extracts of “Spare” in The Guardian, the then-Prince of Wales made the hurtful dig to the since-deceased Lady Diana on Sept. 15, 1984, the day Harry was born.

“Wonderful! Now you’ve given me an heir and a spare – my work is done,” Charles said, according to Harry’s book.

That alleged quip from when he was just hours old became an unshakable pain for the prince for more than 38 years.

According to The Guardian, “Harry’s resentment of being the ‘spare’ is the unifying theme of his book, through chapters on his childhood, his schooling, his career as a royal and in the British army, his relationship with his parents and brother and his life with Meghan through courtship, wedding and marriage to their own experience of parenthood.”

The outspoken prince made similar claims to justify his nearly six-hour Netflix docu-series late last year that tried to justify his ongoing bashing of the royal family he quit in 2020.

It is far from the first time Charles has been accused of making hurtful comments tied to his youngest son’s birth.

“And he’s even got red hair,” the now-king said while insisting both comments were jokes, according to Morton’s 1993 book, “Diana: Her True Story in Her Own Words.”

Charles reportedly said something similar at Harry’s christening, telling one guest: “We were so disappointed—we thought it would be a girl.”

Diana told Morton that “something inside me closed off,” according to his book.

As “suddenly as Harry was born, it just went bang, our marriage—the whole thing went down the drain,” she reportedly said.

Still, it is Prince William — the “heir” in Charles’ comment that so angered Harry — who appears to have most alienated his young sibling.

Harry has repeatedly accused the palace of giving William, the current heir to the throne, preferential treatment — and he accused his brother of being a screaming bully who ultimately forced him out of the family.

Worse, he even claims in “Spare” that William battered him in a fight over their relationship, with Harry defending the honor of then-girlfriend Meghan Markle after his brother branded the actress Markle “difficult,” “rude” and “abrasive,” according to The Guardian’s extracts. 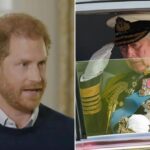 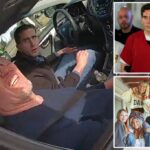 FBI asked police to pull Bryan Kohberger over to get images of hands: report