“Everyone keeps saying I am a coward for not defending @officialsojaboy, but this wasn’t my fight,” Kimberly, 52, commented under Usman’s Friday, December 30, Instagram post, which featured a clip from TLC‘s Sunday, January 1, tell-all episode. “When I defend him, y’all say I’m wrong, and when I don’t, I am wrong.”

Earlier that day, Sojaboy, 33, captioned his Instagram post, “Cursing people is something I never do, but I’m sorry. People in this categories has to be [addressed] in a language they understand. I’m sorry FANS, [FRIENDS] and family [sic].”

In the accompanying video, Angela, 55, was seen walking into the room and saying, “F—k you, bitch,” to Sojaboy, who appeared on camera, while immediately flipping him off.

“You call me ‘bitch’? Stupid a—hole,” he clapped right back.

Angela then looked over to her husband, Michael Ilesanmi, and said, “Hey Michal, look who’s here. That lying son of a bitch. This thing gonna be good [sic].”

Kim then reacted to Angela and Sojaboy’s tense exchange.

“I don’t have nothing to do with this,” the 90 Day Fiancé: Before the 90 Days alum said, to which Angela responded, “I hope not, Kim, ‘cause I have nothing wrong with you.”

After Angela and Sojaboy continued to yell expletives at one another, she accused him of disrespecting Kimberly, which he labeled as “nonsense.”

“Who the f—k do you think is scared of you?” the Nigeria resident asked Angela, before adding, “Let me tell you something … It is so unfortunate my brother from Nigeria would hook up with somebody like you. You scamming him. Nonsense. Go and get your seat, pig!”

Earlier this year, TLC viewers watched Angela and Sojaboy’s explosive social media feud as they made shocking allegations against each other. The heated altercation subsequently sparked split rumors between Angela and Michael at the time.

In February, Michael and Sojaboy met up at a hotel in Nigeria and both shared a photo of their hangout via their respective Instagram accounts. Upon seeing the picture, Angela weighed in on their apparent friendship and implied that her husband was similar to Sojaboy. Shortly afterward, Sojaboy accused Angela of being a “scammer” and using Michael for all of his money from Cameo to “buy [herself] a nice house.”

Six months after their online back and forth, Angela, Michael and Sojaboy became costars in season 7 of Happily Ever After?

The two have had a tense relationship for quite a while, though. Their on and off-camera feud was first seen by fans in April 2021 during the spinoff 90 Day Bares All. 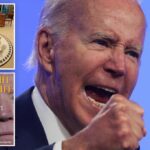 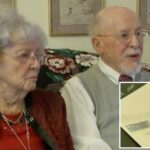