Strong work ethic! 90 Day Fiancé star Kim Menzies has a long history of working before she made her reality TV debut in 2021. Keep scrolling to find out her net worth, how she makes a living and more.

What Is Kim Menzies’ Net Worth?

Kim’s exact net worth has not been revealed. However, multiple sources have estimated she’s worth approximately $80K.

What Does Kim Menzies Do For a Living?

The TLC star spent more than 10 years working in the restaurant and hospitality industries before she made her reality TV debut. Her LinkedIn page states that she was employed as a service manager at Mimi’s Cafe in San Diego, California, and she remained employed at the restaurant until October 2022.

“Mimi’s Cafe has been a part of my life for a long time, and I truly am grateful for all the years I have worked there,” Kim shared via Instagram on October 22. “Now, it is time for a change and I am so excited to announce that I will be a Spa Receptionist at Kona Kai Resort & Spa! Please come and book Spa appointments and I will see you there!”

How Else Does Kim Menzies Make Money?

In addition to her job as a receptionist, Kim also makes money as a social media influencer. With more than 195,000 Instagram followers, the TV personality has promoted products for various fashion and beauty brands.

In August 2022, the mother of one launched her own body splash, Super Blossom by Kimballly, with Beauty Kitchen. “It smells wonderful and hydrates your skin!” she explained via Instagram about the product.

Kim also earns extra cash on Cameo by making videos for fans. She charges $50 for personalized videos, $500 for business videos, $135 for live video calls and $8 for quick messages.

How Much Money Does Kim Menzies Make on ‘90 Day Fiance’?

Kim made her 90 Day Fiancé debut during season 5 of Before the 90 Days alongside Usman “SojaBoy” Umar. After capturing the attention of fans, the couple has continued to share their love story on Happily Ever After?.

While they still appear to be together at the time of publication, Kim and SojaBoy have faced many obstacles in their romance. Throughout their time of the franchise, they have argued over their differing opinions on polygamy and SojaBoy’s mother’s disapproval of Kim.

The California native’s salary for appearing on 90 Day Fiancé has not been confirmed, though cast members tend to earn between $1,000 and $1,500 per episode. 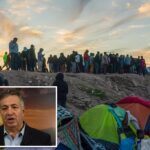 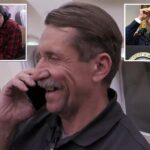