Last November, North Korea conducted a successful test of its largest intercontinental ballistic missile (ICBM) — the Hwasong-17 or what some experts have named the “monster missile.” While the test made clear how far Pyongyang’s ballistic missile program has advanced in recent years, the spectacle was quickly upstaged by a pair of unlikely attendees at the launch: Ri Sol-ju, the 33 year-old wife of North Korea’s Supreme Leader Kim Jong-un, and their 9-year-old daughter Kim Ju-ae.

This was the first public appearance of any of Kim’s children, of which he is believed to have three – a son and two daughters. But all the “bring your daughter to work” jokes aside, Kim Ju-ae, the younger daughter, has now made two appearances at notable military functions: a November photo op with the Hwasong-17 team along with an undated tour of a missile factory.

Which raises questions about Kim’s daughter — who was introduced to the world by ex-basketballer Dennis Rodman during one of his infamous North Korea tours a decade ago: Why this child and why now?

Some experts, of course, have speculated that Kim Ju-ae’s elevated public profile might be tied to family succession planning. But her appearances are more likely part of a highly choreographed propaganda narrative aimed at elevating his father’s political image.

Unlike his father, Kim Jong-il, who led North Korea from 1994 until his death in 2011, Kim Jong-un has always presented himself as a man of the people. It’s a tactic he learned from his grandfather, Kim Il-sung, who ruled the nation from its founding in 1948 till his death in 1994.

The younger Kim bears a striking resemblance to his grandfather and is often similarly portrayed in state media posing with workers and soldiers — sometimes with locked arms or even in full embraces. Like his grandfather, Kim Jong-un has tried to appear approachable and concerned about his people. In 2017, there was even an unusual image of a strategic forces officer riding piggyback on Kim as they celebrated the launch of a new rocket engine.

“Kim Jong-un’s media team has succeeded in portraying their boss as the man of the people,” says Alexandre Mansourov, Adjunct Associate Professor at the Center for Security Studies at Georgetown University. “His public activities and associated imagery ring the bell with ordinary folks in the North and bring him closer to their daily lives.”

A major component of that life is Kim’s family.  From the beginning of his rule, Kim has often had his wife, Ri Sol-ju, by his side at state functions and  overseas trips.  His sister, 35-year-old Kim Yo-jong, is also in constant orbit, almost always at his side or in the background in public, gaining valuable experience in state and military affairs.

Many North Korea watchers have speculated that Kim’s sister — rather than his young daughter — is actually being groomed as a successor. But others, like Doug Bandow, a senior fellow at the Cato Institute, have suggested this seems “unlikely” in a system where “political power” has been “overwhelmingly male, and society remains deeply patriarchal.” Add to that Kim Yo-jong is also very close in age to her brother.

Also like his grandfather, Kim Jong-un enjoys being photographed surrounded by children, a national paterfamilias regularly appearing in orphanages and festivals embraced by children smiling or in tears. This visual strategy has been accompanied by a growing use of the term “fatherly Marshal” in state media, describing Kim as a “benevolent father of a large family of the whole country.”

Michael Madden, a Nonresident Fellow with the 38 North Program at the Stimson Center, says these images feel at once exalting and commonplace. They play into “official ideology that depicts the Suryong [Great Leader] as the protective and loving father of socialist Korea,” explains Madden, referring to Kim by his traditional title. A recent photo op, for instance, shows Kim visiting a military site and inspecting the “bathhouse and food of the soldiers like their real father would do.”

Kim’s avuncular aura could not feel more different than his far less-social father. Today, in place of a dour dictator like Kim Jong-il, the son leads a new era where the military remains important, but so, too, is the welfare of the North Koreans themselves (some of the poorest people on the planet). And nothing says father more than Kim being photographed with his own young child.

Of course, images of young Kim Ju-ae do far more than just demonstrate fatherly affection. They also reflect a shifting narrative around the country’s WMD program. Politically isolated and crippled by economic sanctions, North Korea has paid a steep price for building up its nuclear arsenal. His daughter’s presence at the “monster missile” launch — and the resulting global press — give meaning to that price while suggesting it serves a higher purpose.

“Kim Jong-un wants to balance [North Korea’s] reputation of being an aggressive country with nukes,” says Ken Gause, director of Strategy, Policy, Plans and Programs Division at the Center for Naval Analysis. “By showing his wife and daughter at the missile launch, it portrays Kim as a good steward of his nuclear program which is defensive, meant to protect his family and his people.”

Kim’s subtle evolution from baby-faced upstart to paternal leader coincides with a muscular new tone around the nation’s nukes. For instance, when North Korea announced its revised nuclear law in September 2022 —  which for the first time spelled out conditions for preemptive nuclear use — Kim emphasized that the country would “never denuclearize,” “a line had been drawn,” and “there can no longer be any bargaining over nuclear weapons.”

Rachel Minyoung Lee, a senior analyst for the Open Nuclear Network, notes that “normally, if North Korea wanted to leave some wiggle room [for future negotiations], it will use conditional expressions like ‘as long as’ or ‘if’ when referring to its nuclear weapons program.” But that conditionality now appears gone. Kim and his daughter watching the ICBM launch and touring the missile factory reinforce the notion that the nukes, like young Kim Ju-ae, are here to stay.

Nonetheless, there remains the possibility that Ju-ae’s appearances have been less about legacy and more about boosting domestic support for North Korea’s seemingly relentless missile tests. Back in 2017, the regime raised eyebrows when it launched 24 rockets, sparking at the time the infamous “fire and fury” responses from the Trump administration. Last year North Korea launched more than 90 missiles. Indeed, amid economic hardships exacerbated by sanctions, border closures and limited trade due to COVID, sources such as Radio Free Asia have reported on grumbling among ordinary North Koreans about how the authorities keep launching missiles while many of the people “are desperately struggling to make ends meet right now.”

Madden notes that Ju-ae’s appearances could have been more about trying to change negative public opinion about the testing. Anecdotal reports from unofficial sources, he said, suggest that she has been received positively by domestic audiences.

The history of how generations of Kims have been portrayed in the media is mixed. During the long rule of Kim Il-sung, his second wife, Kim Song-ae, (stepmother to Kim Jong-il and Kim Kyong-hui), served as first lady from 1963-1974 and was active in North Korean political life, heading the women’s union and participating in state affairs. Her children were also relatively influential in political circles. But Kim Song-ae’s public profile began to fade in the late 1970s after her stepson, Kim Jong-il, was designated Kim Il-sung’s successor.

During the mid-1990s, Kim Jong-il was far more secretive about his family. According to Madden, much of this was because Kim had multiple wives and households, which would have been viewed as “scandalous and offensive among wider elites and the North Korean public.” At least two of those wives had “problematic backgrounds.” “Kim Jong-nam’s mother was born in South Korea and was divorced,” he explains, “and Kim Jong-un’s mother was born in Japan.”

Despite the recent photo ops, Kim’s long-term plan for his children’s public personas remains unclear. And the reasoning around why he chose to reveal Kim Ju-ae — rather than the other two children or even all of his children — is unknown. Perhaps he favors her more. Or maybe because, thanks to Rodman, she is the only one of his children already known to the outside world. Back in 2013 in an interview about his visit to North Korea, Rodman described Kim as an “awesome guy” and a “good dad” to his “baby daughter named Ju-ae.”

While Kim Jong-un’s wife and sister are managing to retain their positive public images, family members who could potentially challenge Kim’s authority have not fared so well. His uncle-in-law Jang Song-thaek was arrested and executed in 2013, and half brother Kim Jong-nam was famously assassinated in the Kuala Lumpur airport in 2017. His other half siblings are rarely seen or discussed in state media, although his aunt occasionally appears seated with Kim and his wife at major state events.

As with nearly everything else about North Korea, there are few clues as to when (or even if) the Kim offspring will return to the public arena. But Kim Ju-ae’s recent public debut reflects a new confidence in her father and the decisions he’s made about North Korea’s WMD trajectory. As Mansourov notes, Kim might have brought his daughter to signal “our nuclear-missile arsenal is here to stay forever, not to be bargained away.” If he’s correct, getting North Korea back to the nuclear negotiations table will be no easy feat.

Jenny Town is a Senior Fellow at the Stimson Center and the Co-founder and Director of 38 North. 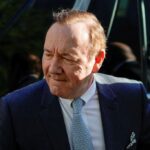 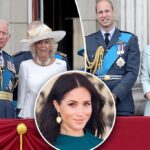 ‘Come clean’ and apologize to Meghan