Same energy. Khloé Kardashian and Jordyn Woods are gearing up for 2023 — and sharing the same quote in the meantime.

The Kardashians on Hulu star, 38, and the former Kardashian-Jenner family friend, 25, uploaded a quote from Louise Kaufmann via Instagram Stories on Monday, December 26, sharing good vibes ahead of the new year.

“In 2023, I hope you find time to be happy. Not just strong,” the quote read. Jordyn, for her part, captioned the post, writing, “Heavy on this.”

Eagle-eyed fans were quick to notice both their posts, which came nearly four years after the Tristan Thompson cheating scandal that surrounded Jordyn’s kiss with the NBA star, 31, while he was in a relationship with Khloé. In Touch confirmed in February 2019 that something went down between Tristan and Jordyn following a night out in California.

“Tristan and Jordyn were into each other, they were cuddling and holding hands. Tristan was rubbing her ass, they were definitely hooking up,” a source shared at the time. “It was surreal. We couldn’t believe it.”

The insider added, “Tristan seemed concerned that the other girls at his house were watching him and Jordyn on the couch. One of Tristan’s guys told the girls no cell phone pics.”

The scandal played out in the public eye with Jordyn sitting down with Jada Pinkett Smith on Red Table Talk in March 2019 to relive the incident. She revealed that Tristan had “kissed” her but with no “tongue” and “without passion.” Jordyn also admitted that she lied to Khloé and former best friend Kylie Jenner about what really went down that fateful night.

The aftermath of the scandal played out on Keeping Up With the Kardashians when the episodes aired in June 2019. Months later, the Good American founder urged fans to stop discussing  the entire situation.

“I’m not someone that holds a grudge. If I do that, it’s only gonna affect me and I’m genuinely, I don’t even—that chapter is closed for me,” Khloé said during an On Air With Ryan Seacrest radio show appearance in September 2019. “I want all of us to move on and to be happy, successful people. I just want everyone to just be better people with each day and that’s genuinely how I feel.”

She went on to say that “everybody makes mistakes,” but what matters is ” how you handle it and I think your apologies have to be as loud as your disrespect was or to me, it’s not sincere.” 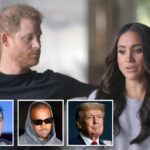 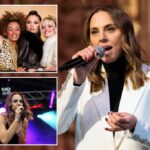