Important decision. Khloé Kardashian hinted that she has not officially decided on her son’s name after welcoming baby No. 2 via surrogate with ex Tristan Thompson.

Khloé, 38, took to her Instagram Stories on Sunday, October 16, to share a video that showcased a Halloween-themed gingerbread house that Kourtney Kardashian and her husband, Travis Barker, sent to the family.

While the gingerbread house featured the Good American founder’s name and her eldest child’s name, daughter True Thompson, a third spot was simply labeled as “Baby.”

“Baby” could be a nickname for her son, though it’s also possible that Khloé and Tristan, 31, have not settled on a name for their second child.

“Thank you so much auntie @kourtneykardash and uncle @travisbarker,” the Kardashians star captioned the clip, which captured True, 4, dancing as The Addams Family theme song played.

In 2021, Khloé and Tristan decided to have a second child via surrogate after reconciling.

Just days after the implant procedure, the Keeping Up With the Kardashians alum learned that the NBA player had impregnated another woman, Maralee Nichols, during their relationship. The pair split before their son was born via surrogate in July 2022.

Not much is known about their son, though fans got their first glimpse of the baby boy during the season 2 premiere of The Kardashians. During the episode, Khloé posed for a picture with the newborn in the hospital shortly after his birth.

“Ever since December, it’s been this dark cloud looming over me. Every single day, I’ve been feeling depressed and sad, and now that my son is here, I get to move on, and I get to enjoy,” the Revenge Body host said after the arrival of her son. “It’s almost like I get to close that chapter and be done with this trauma and put it behind me.”

Khloé still might be deciding her son’s name as her younger sister Kylie Jenner has yet to reveal baby No. 2’s name with Travis Scott.

Days after announcing their baby’s birth, the Kylie Cosmetics mogul revealed that their son’s name was Wolf Webster. However, the couple later announced that they had changed their son’s name in an Instagram Story post in March. “FYI our son’s name isn’t Wolf anymore. We just really didn’t feel like it was him,” Kylie wrote at the time. “Just wanted to share because I keep seeing Wolf everywhere.” 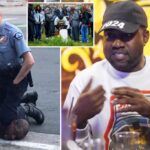 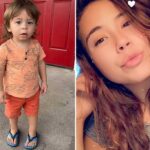