No holding back. Khloé Kardashian clapped back at critics that accused her of Photoshopping a picture to appear more thin.

After rumors began to circulate that Khloé, 38, posted and then deleted a photo on Instagram of herself that appeared to be edited, she set the record straight by replying to a fan account via Twitter on Tuesday, October 4.

“I never even posted this photo,” she said, referencing the snap that showed her modeling a slimming black Balenciaga bodysuit. She then addressed the claims that the snap was edited, writing, “Maybe my glam did but I didn’t. Also I mean…. The bent lines in the back lol please.”

This isn’t the first time the TV personality has been accused of Photoshopping photos of herself.

In April 2021, Khloé’s team tried to take down an unedited bikini photo that was posted of the Keeping Up With the Kardashians star by mistake during her famous family’s Easter celebration in Palm Springs. In the snap, Khloé showed off her natural body and went makeup-free.

“The color edited photo was taken of Khloé during a private family gathering and posted to social media without permission by mistake by an assistant,” Tracy Romulus, chief marketing officer for KKW Brands, told Page Six in a statement at the time. “Khloé looks beautiful, but it is within the right of the copyright owner to not want an image not intended to be published taken down.”

More recently, she was accused of editing her fingernails in a January Instagram post after fans noticed they appeared unusually long.

Khloé’s latest response to her critics comes just one week after a source confirmed to In Touch that the Kardashians star was secretly engaged to Tristan Thompson before his paternity scandal.

During the September 29 episode of her family’s Hulu show, the Good American founder revealed to Kim Kardashian that Tristan, 31, had popped the question.

“I mean, the fact that [Tristan] proposed and you never told us, and I asked him the night after I thought it happened and he said, ‘I did it months ago. She didn’t tell you guys?’” Kim, 41, recalled, adding in a confessional that the NBA player said he was planning to propose on Valentine’s Day.

Khloé then revealed why she turned down Tristan’s first proposal in December 2019.

“I said, ‘I need to make sure this is a totally different relationship because I want to be proud to say I am engaged to anyone,’” the mother of two shared. “That is why I said, ‘I am not comfortable accepting this because I am not excited to tell my family.’ And as hurtful as it was for him to hear, it was the truth. I would never accept something and give someone false hope.”

Despite her initial answer, Tristan asked for Khloé’s hand in marriage for a second time in February 2021. They were engaged until December 2021 when news broke that he fathered a child with Maralee Nichols during their relationship. 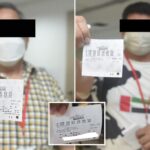 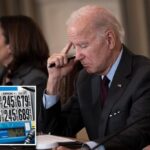