It’s a big no from KoKo. Khloé Kardashian slammed Kanye West after he claimed he “didn’t know” where his daughter Chicago was on her fourth birthday in a Wednesday, October 5, Instagram post.

Less than one hour after the post was uploaded, Khloé came to sister Kim Kardashian’s defense, writing that “everyone’s tired” of the false narrative he created back in January.

“Ye, I love you. I don’t want to do this on social media but YOU keep bringing it here. You are the father of my nieces and nephews and I’m trying to be respectful but please STOP tearing Kimberly down and using our family when you want to deflect,” the Good American founder wrote.

“Again with the birthday narrative. Enough already. We all know the truth … You know exactly where your children are at all times and YOU wanted separate birthdays,” she continued, before adding that she’s “seen” the texts to “prove” it. “And when you changed your mind and wanted to attend, you came. Like you have pointed out yourself, she is the one taking care of your kids 80% of the time. Please leave her and the family out of it so that the kids can be raised peacefully. I come from a place of love and I am happy to continue this conversation privately if you wish.”

However, Kanye decided to keep the discussion public and posted a screenshot of the Kardashian star’s comment on his Instagram account. The musician claimed that she was “lying” and went as far as to say the family “basically kidnapped” Chicago on her birthday.

“Trav [Scott] gave me the address of my child’s party and that’s how y’all play with black fathers,” his caption read. “Y’all also threw a party before for Psalm’s birthday when I was flying back to be there for his birthday and the first I hear about it was seeing pics of the party online.”

The rapper has been under fire as of late after he incorporated “White Lives Matters” shirts into his Monday, October 3, Paris Fashion Week show. Alongside a handful of celebrities, Vogue’s global fashion editor at large, Gabriella Karefa, shared her thoughts on the clothing choice, adding that she was “fuming” during the show. Kanye responded to her claims by bullying her online through a series of Instagram posts.

The “City of Gods” musician posted the Instagram rant after meeting with Gabriella the day after his show, while claiming the editor “disagreed” with Kim allegedly not allowing Kanye at Chicago’s birthday party. At the time, the Yeezy founder went on a rant via Instagram Stories while in search of his daughter’s birthday party location, before attending the celebration.

“So why did everyone feel so free to attack me about my T-shirt but Candace Owens was the only public figure to say that it was wrong for the Kardashians to keep me from seeing my daughter,” his text continued. “And for all audience so outraged about my T-shirt where was you when I couldn’t see my kids? I went public in hope of public support at that time.” 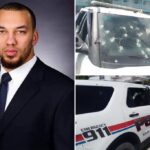 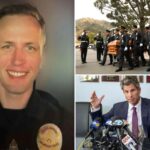