Finally! Khloé Kardashian made her first appearance at the Met Gala 2022 alongside several other members of the Kardashian-Jenner family.

The Good American founder, 37, dazzled as she graced the red carpet, wearing a sheer gold beaded gown at the Met Gala in May 2022.

This marks Khloé’s first time attending the upscale New York City-based event, which is held every year at the Metropolitan Museum of Art and led by Vogue’s Anna Wintour. The blonde beauty was previously the subject of speculation about whether she was allowed to even attend the gala.

In September 2021, the Kardashians star shut down rumors that she had been banned from attending fashion’s biggest night in response to a fan who asked her via Twitter.

“Khloé, now that you are online, please tell [if] the Met Gala rumors are true because I’ll burn that dinosaur bones [sic],” the fan wrote that month. “@khloekardahsian please clarify, thank you.”

“Absolutely NOT true,” Khloé, who is mom to daughter True Thompson, tweeted in reply. She shares her 4-year-old with ex Tristan Thompson.

The reality personality addressed the ongoing topic of her red carpet invites during a November 2022 episode of The Kardashians.

“I have been invited in the past. I just opted not to go,” she said in a confessional. “I’m not big on red carpets. I think I’ve made that very clear.”

Later in the episode and after much hesitation to accept the invite to the Met Gala, Khloé decided to join her sisters on the red carpet. And it was all thanks to Kim Kardashian.

“Good old Kimberly has a way with words. And I am also sort of a push over with some things and I guess I allowed her to push me over.”

Aside from the Met Gala rumors, the Hulu personality has faced harsh criticism from online trolls about attending other high-end events, such as the 2022 Oscars.

Two days after the March 27 Academy Awards, a Kardashians Instagram fan account uploaded a photo of Khloé posing for a photo next to sister Kim and friend Stassie Karanikolaou, with Kim, 41, wearing her blue, long-sleeved dress that she was photographed wearing at the Oscars Vanity Fair afterparty. Upon seeing the post, an Instagram user commented about Khloé’s presence.

“Wait, so, Khloé was there but not important enough to walk the red carpet?” the commenter wrote on March 29. “And [then], to add insult to injury, she is the only Kardashian not in the Met Gala.”

The Keeping Up With the Kardashians alum was quick to clap back. “I don’t know what on earth you’re talking about and where you think you come up with these stories that you assume are facts,” she replied. “Both your comments are untrue babe.”

Khloé’s comment appeared to have been deleted shortly afterward.

In addition to, the rumors about her red carpet appearances, the reality TV star has come under fire for Photoshop accusations and plastic surgery allegations. In episode 2 of Hulu’s The Kardashians, Khloé opened up about her “anxiety to post photos on Instagram” in fear of the comments that will follow.

“Even when I barely did retouching, I’m so afraid to post it because people are gonna say I did,” she explained in one scene of the episode that aired on April 21. “It’s so easy for people to say, ‘You don’t know them, don’t pay attention.’ Trust me, I try not to.”

Nevertheless, Khloé keeps her chin up, and she put on a confident face for the Met Gala.

Scroll through the gallery to see red carpet photos of Khloé at the 2022 Met Gala. 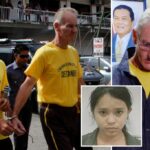 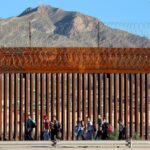