Kevin Spacey accuser Anthony Rapp felt “frozen” when, at age 14, the actor allegedly picked him up, grabbed his buttocks and laid on top of him in an attempt to seduce him, his attorney told jurors in Manhattan federal court Thursday.

Attorney Peter Saghir, in opening statement at the civil trial, alleged that a then-26-year-old Spacey came on to the teen in 1986 by pressing the full weight of his body on Rapp “to drive his sexual desires.”

“Antony is frozen. He is shocked,” Saghir told jurors. “He feels the full weight of Kevin Spacey on his body. He is a boy … His hands are smushed to the side.”

He added: “This was no accident. This was not horseplay.”

Rapp, now 50, filed suit against the “American Beauty” actor in 2020, claiming Spacey, 63, inflicted emotional distress and battered him during the encounter at the end of a party in his Manhattan apartment.

Saghir on Thursday laid out the claims in Rapp’s suit for the jury, telling the panel Spacey was swaying and drunk when he allegedly touched the teen that night.

An attorney for Spacey, Jennifer Keller, told the 12 jurors that Rapp’s story is “false” and that he is a bitter, moderately successful actor who resented Spacey for not revealing his sexuality while rising to the top echelon of Hollywood.

“Rapp created the story that grew into the one you just heard his lawyer describe,” Keller claimed in her opening statement.

“He repeated the same false story. He never repeated it to the police,” she added.

“It’s not a true story but he did tell it a lot,” Keller said.

Rapp has since blamed the “Seven” star for practically everything that has gone wrong in his life, Keller continued — and became enraged over and over again when he would see Spacey receive Oscars and other acolytes for his acting.

Rapp “felt he deserved that same success as Mr. Spacey,” Keller claimed, and he believed the actor was a fraud for not coming out of the closet.

Wearing a gray suit, blue tie and a checkered pocket square, Spacey sat with his attorneys at a courtroom table positioned behind Rapp as the lawyers addressed the panel.

He fidgeted at times during Saghir’s address, but appeared relaxed during his own attorney’s statement.

Prior to opening statements, a jury of six men and six women were empaneled by Judge Lewis Kaplan in his courtroom on the 21st floor of the federal courthouse in lower Manhattan.

Spacey seemed relaxed during the selection process and glanced at the prospective jurors as they addressed the judge. At one point, he laughed when Kaplan joked with one of the potential panelists about the legal profession during questioning.

Rapp and Spacey were both present in the courtroom as the judge dismissed dozens of prospective jurors after asking them a series of questions about whether they can remain impartial in the high-profile case.

Rapp, an actor who appeared in the hit Broadway show “Rent,” first publicly accused Spacey in a BuzzFeed news article published in 2017, telling the outlet that the one-time A-lister picked him up like a groom would a “bride” in his attempt to seduce him.

“He picked me up like a groom picks up the bride over the threshold … And then he lays down on top of me,” Rapp told the news outlet.

“He was trying to seduce me,” Rapp said. “I don’t know if I would have used that language. But I was aware that he was trying to get with me sexually.”

The suit alleges during the encounter Spacey grabbed “Anthony Rapp’s, buttocks, lifted him onto a bed and laid on plaintiff’s body.”

After the suit was filed in 2020, Spacey denied the claims through his attorneys. But following the publication of the BuzzFeed article, he had claimed he did not remember the encounter – and offered to apologize if the claims were indeed true.

“If I did behave then as he describes, I owe him the sincerest apology for what would have been deeply inappropriate drunken behavior, and I am sorry for the feelings he describes having carried with him all these years,” Spacey wrote in a statement on Twitter at the time.

The trial is expected to last a number of weeks. 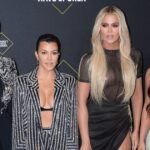 Which Kardashian-Jenners Are Pregnant, Having Babies Now? 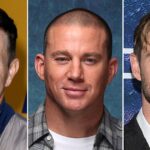