Rep. Kevin McCarthy’s bid to become Speaker of the House of Representatives is increasingly imperiled by a small but growing clutch of hard-line Republicans.

“Our relationship is on the ascent,” Rep. Matt Gaetz (R-Fla.), a member of the ultraconservative House GOP Freedom Caucus, told The Post of Scalise.

Gaetz is an ardent McCarthy foe and insiders say he and other “hard nos” on McCarthy would happily back Scalise in the event of a floor fight.

“No one ran against [Scalise] for Majority Leader. He was elected unanimously for that position,” Gaetz noted, speaking to Scalise’s broad acceptance within the party.

The Louisiana congressman is considerably more conservative than McCarthy, and once allegedly described himself as “David Duke without the baggage.” He was shot by a crazed Bernie Sanders volunteer at a GOP baseball practice in 2017.

“Scalise is a party hero. He got shot. He’s a southerner. He’s more conservative than Kevin,” said one Freedom Caucus insider.

The eight-term Congressman isn’t running for Speaker and is officially backing McCarthy, but in statements this week, Scalise has refused to rule out the role of savior.

“I’m not going to get into speculation. Obviously our focus is on getting it resolved by January 3rd. And there’s a lot of conversations that everybody has been having,” he told CNN last week.

McCarthy can only afford four defections from his own party. As is custom, all of the chamber’s Democrats are expected to oppose him. McCarthy received a boost this week after he received the blessing of former President Trump, who said the longtime GOP leader “deserves the shot.”

At least five members have already spoken publicly to declare themselves either hard no, or likely no. At least a dozen other members are said to be on the fence and several responded to inquiries to The Post saying they were undecided.

“I can’t be for continuing with the status quo,” said Rep. Scott Perry (R-Pa,) chairman of the House Freedom Caucus. “One way or the other things are going to change. Either we change the way we do business here, or we’re going to change management. Both could happen.”

Perry said he has spoken with multiple people privately interested in the job should McCarthy fall short. He declined to name names. 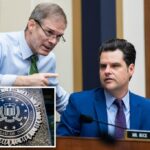