McCarthy, 57, the favorite to preside over his party’s caucus with an estimated four-seat majority, has almost no margin for error for defections from GOP hardliners. As is customary, all House Democrats are expected to vote against him as well in the Jan. 3 election.

“The coalition against Kevin has already reached critical mass,” said Rep. Matt Gaetz (R-Florida), one of the Speaker-in-waiting’s most implacable foes.

“We need a leader who can stand up to a Democrat-controlled Senate and President Biden, and unfortunately, that isn’t Kevin McCarthy,” Rosendale said earlier this month.

McCarthy critics, many of whom are among the chamber’s famously trigger-happy House Freedom Caucus, take issue with what they say is the GOP leader’s insular top-down management style. They are also suspicious McCarthy will be too compromising with Democrats and blame him for the party’s lackluster midterm performance.

Many of the GOP hardliners have sought changes to House rules that would give them more leverage over McCarthy in the next Congress — including reconstituting the “motion to vacate the chair” that would allow any member of the House to be able to call for the removal of a sitting Speaker.

“McCarthy’s in trouble. He’s not really coming to the negotiating table with the Freedom Caucus so far,” said one senior GOP aide, adding that McCarthy’s team was “shell-shocked” and “rattled” after the party’s midterm performance.

Team McCarthy dismissed the chatter, saying the GOP leader was in constant contact with his members and was confident the affable Californian would get over the finish line.

McCarthy’s allies on and off the Hill cited his recent decisive victory among members who nominated him for the Speaker’s job last week by a vote of 188 to 31. Others have noted that whatever the discontent over McCarthy, there was no obvious alternative within the GOP conference.

McCarthy, an eight-term congressman repping central California, has led the GOP conference as minority leader since 2019 and has spent more than a decade in various Republican leadership jobs. His election was widely viewed as a lock before the party’s midterm performance.

Reps for McCarthy did not respond to multiple requests for comment.

“I would be shocked if Kevin McCarthy was not the Speaker,” said Kevin R. Kosar, a senior fellow at the American Enterprise Institute. “He won the vote within the conference pretty heartily and quite frankly there is no Plan B.”

Among the chamber’s far right, which views him with the greatest suspicion, McCarthy has also found a powerful ally in Rep. Marjorie Taylor Greene (R-Georgia), a firebrand conservative who was booted from her committee assignments by Democrats last year over past statements suggesting support for executing prominent Democrats.

“It’s our job to unify and do a good job for the American people and show the American people that we are the party they can trust to lead the country,” Greene told The Post. “I think it would be greatly irresponsible for us to start out on Jan. 3 blowing up on a speaker’s race when it’s so unnecessary.” 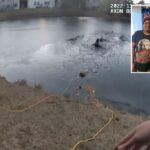 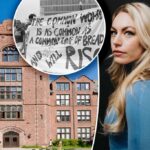