“I do want to especially thank President Trump. I don’t think anybody should doubt his influence. He was with me from the beginning … And he was all in. He would call me and he would call others,” McCarthy said on CNN at 2 a.m.

“And he really was — I was just talking to him tonight — helping get those final votes. And what he’s really saying really for the party and the country, that we have to come together. We have to focus on the economy,” he continued. “We’ve got to focus, make our border secure. We’ve got so much work to do, and he was a great influence to make that all happen. So, thank you, President Trump.”

Trump threw his support to McCarthy early in the race and many of Trump’s closest allies, like Florida Rep. Matt Gaetz, are House Freedom Caucus members who led the anti-McCarthy charge. The voting went on, it was increasingly a referendum on how much influence the former president could still command from rank-and-file GOP lawmakers.

During the final rounds of voting Friday, Trump placed calls lobbying the remaining holdouts to drop their objections. 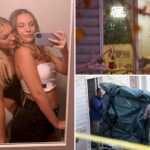 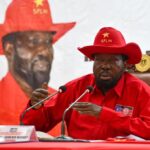 Journalists detained in South Sudan over video of president wetting himself