Jackson accused Solicitor General Elizabeth Prelogar of having a “conceptual problem” in her understanding of the Administrative Procedure Act, which requires the federal bureaucracy to take certain steps when changing policies.

The case, brought by Texas and Louisiana, challenges Homeland Security Secretary Alejandro Mayorkas’ 2021 memo that said federal agents should review the “totality” of an illegal immigrant’s threat to public safety rather than automatically expel them for certain crimes for which a 1996 law says they “shall” be detained.

The underlying legal dispute is complex and the outcome would bear on only about 60,000-80,000 illegal immigrants who are also criminals, Texas Solicitor General Judd Stone acknowledged to justices — but a rebuke of the memo would be a black eye politically for Biden and potentially would allow states more avenues to enforce immigration law, which historically has been done at federal discretion.

Jackson tore into Prelogar on a single element of the complex case — telling her that the Biden administration was wrong to say that courts cannot toss out policies that violate the APA, which specifies certain steps such as providing public notice and comment periods when regulations are changed.

“The conceptual problem that I’m having with your argument [is] you point to text, context and history, and I understand those things, but ordinarily, there’s a symmetry between a claim that has been made in a case and the remedy that is provided to a successful plaintiff,” Jackson said in one of her first oral arguments since taking office June 30.

“The way that you are readings this actually creates a disconnect for me,” Jackson went on. “Here’s what I mean: It is clear that the claim under the APA is about the manner in which the agency has exercised its discretion. And we know that agencies have no inherent authority. They get all of their power to make valid and legally binding policies from Congress. And Congress has said in the APA that in order to make valid and legally binding policies, agencies have to follow certain procedures.

“So when a plaintiff is making a claim under the APA, they’re complaining about the agency’s failure to follow the procedures that are necessary in order to reach a valid and legally binding result. Given that that’s the case, I think there’s a disconnect to say that the successful plaintiff only gets a remedy that is about the application of that rule to them,” Jackson argued.

“Their complaint is that the agency did not have the authority to do what it did because it didn’t follow the procedures under the APA,” the newest justice went on. “It is as though they’re saying what the agency did is void … because they did not follow the procedures that Congress required. So I just don’t even understand — setting aside, like, how you read the statute to get to that result — it seems to me to not make sense to say that the remedy is to allow the agency to apply its void, defective rule to anyone else who’s not the plaintiff.”

“So Justice Jackson, I think where I disagree with your analysis isn’t suggesting that a plaintiff in a case isn’t protesting the application of the invalid agency regulation to that
party. That’s the very nature of this kind of dispute. Now, it might be the case that the argument they’re making is —,” Prelogar began.

“I’m sorry,” Jackson interjected, “it’s not the nature because obviously they are saying it was applied to them as a matter of standing. You have to have it applied to you in order to make the charge. But the claim is that the agency has failed to have notice and comment where it was required, or the agency has engaged in arbitrary and capricious decision-making. And if that’s true, what it means is that the agency does not have any valid exercise of its discretion per Congress’ requirements.

“That result then is that the agency doesn’t have a rule that it can apply,” she went on. “If the court were to find in a contracts case that the contract is void because it wasn’t properly formed, you know, the result is not you can apply it to whomever just not the plaintiff standing there. It’s not a thing anymore. And that’s to me what the statute says — you set it aside because you haven’t formed it properly and consistently with what Congress has said.”

Prelogar countered, “I certainly acknowledge that when a plaintiff is challenging the agency’s decision-making, their legal theory could suggest that the agency regulation is invalid in all of its applications and as applied to other parties too. But I still think that in that case, just like in the case of interpreting a statute, the proper remedy is the party-specific relief.”

Jackson concluded the back and forth by saying, “But we don’t have — the APA is a different kind of claim. It’s not — the statutory claim is not about Congress’s authority to make the policy decision. Did they follow the right procedures in making it?”

Oral arguments don’t necessarily indicate how a justice ultimately will vote and justices across the court’s ideological spectrum asked pointed questions of both sides.

Jackson made her point after Chief Justice John Roberts and Justice Brett Kavanaugh also swiped at the federal government’s argument.

In its initial filing with the Supreme Court, the Justice Department said a Texas district court judge was wrong to “universally” invalidate Mayorkas’ enforcement memo as part of the case.

Stone, the Texas solicitor general, said a favorable outcome for the Republican-led states would result in US Immigration and Customs Enforcement agents having a freer hand in taking actions to deport illegal immigrant criminals. But he said that Texas only is arguing that federal law requires that ICE “shall” detain the criminals, not necessarily deport them.

Liberal Justice Elena Kagan expressed concern about the potentially far-reaching effects of the case if justices decide the states have a right to topple the policy.

“We’re just going to be in a situation where every administration is confronted by suits from states that can bring a policy to a dead halt, to a dead stop by just showing a dollar’s worth of costs.” 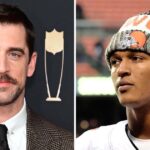 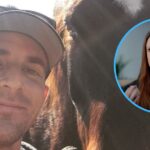 Clint House Is ‘Open’ to Reaching Out to Her