Two-time Kenyan Olympic champion David Rudisha survived a frightening plane crash in southern Kenya — saying he was grateful there were no casualties.

The 800 meter world record holder had taken off from a Kenyan reserve hosting the “Maasai Olympics” — a series of annual sporting competitions with Maasai youth — when the plane engine went eerily quiet, forcing an emergency landing Saturday.

Rudisha, 33, told the Nation newspaper it was a “scary episode.”

“All was well close to seven or eight minutes into the flight when the engine of the plane suddenly went quiet,” he told the paper.

Rudisha said the plane’s pilot took control and found a clear patch to land — but one of the wings hit a tree, triggering a spin before the aircraft wound up on a rocky field in Kajiado county in southeast Kenya.

“We thank God we all came out alive with some soft tissue injuries that were treated before all were discharged save for one,” said Rudisha.

“It was a scary episode where you hold your heart in your hand as you pray to God. The pilot did an incredible job to keep the plane afloat and stable,” he added.

Rudisha — who won Olympic gold at the London games in 2012 and at Rio de Janeiro in 2016 — and five others were aboard when the plane went down.

Rudisha was returning from the annual Maasai Olympics at Kimana Wildlife Sanctuary in Kajiado county. Photos of the Olympian alongside the wrecked plane were posted on Twitter by Radull Live, which promotes Kenyan sports. 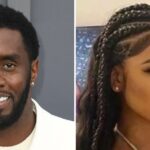 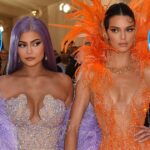