A 14-year-old Kentucky student who allegedly penned a “kill last” last year was allowed to return to school this month — infuriating parents who voiced concern for the safety of their own children.

Dozens of fuming parents let their voices be heard during a recent school board meeting where they blasted the district’s decision to readmit the teen student to Conner High School.

The student allegedly made threats against other classmates last year when he was in middle school. He was charged and booted from school, before the school welcomed him back this year, according to reports. The son of the principal at Conner High School, where the teen suspect returned, was even reportedly threatened.

One parent said at the meeting he was devastated when he found out the student was back.

“As a father of a child on the active kill list, my statements will reflect my opinions based on the information I received from Conner High School,” father Rob Bidleman said Thursday, according to WLWT.

“When I received a call from the principal, it was emotionally devastating. All I could think about was my child in danger when they did nothing wrong.”

Another parent said the student was still a threat and it’s unfair to students who were on the list to be in the same building as him.

“Whatever help he has gotten, he is still a threat to be in an environment which fostered him to want to do a mass shooting and make a list of our students of Conner Middle School that are now at Conner High School,” said mother Deanne Corbin, according to the news outlet.

The student, who was not identified, was charged last year with second-degree terroristic threats, WLWT reported.

Allegations against the student came to light in November 2021 after a school resource officer was informed of a notebook that had specific acts of violence in it and identified individuals, WXIX reported, citing police.

The school officer interviewed the student who admitted to writing the notebook’s contents, but claimed he was “merely writing the thoughts down that were in his head,” a police official reportedly said.

It’s unknown what the status of the case involving the student is.

“The principal’s own son was on this child’s list of death threats,” said mother Jenny Murray, according to WXIX. “As dedicated and hard-working as he is — how is he not distracted by stress and anxiety, knowing that his son could be in danger?”

School Superintendent Matthew Turner wrote in a note to the school community Friday the each child has the right to an education, per Kentucky state constitution.

“The safety of our students and staff is our greatest priority when making district decisions. We also partner in decision making with experienced legal counsel,” Turner wrote to the school community, according to WLWT. “With the assistance of the Boone County Sheriff’s Department, our School Resource Officers, as well as the District Safety team, I can assure you all appropriate safety measures have been taken and are in place. Conner High School remains a safe school.” 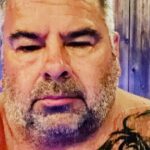 Big Ed Net Worth, How He Makes Money 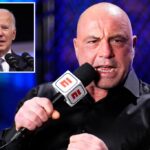